PACE President reacts to ‘assault on democracy’ at US Capitol: 'who does not speak up, consents' 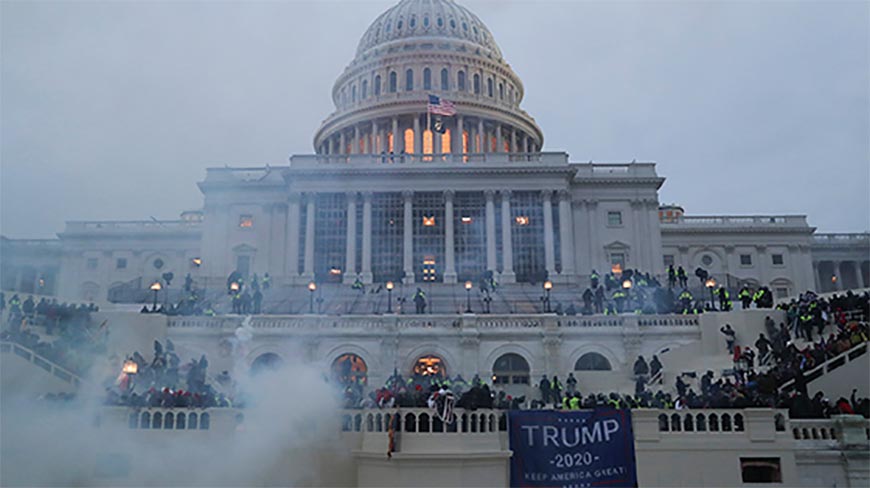 PACE President Rik Daems, reacting to events at the US Capitol in Washington DC, has condemned what he described as “an assault on democracy by an extremist mob, incited by false claims and irresponsible statements at the highest political level”.

“This is not America!” the President said, expressing his shock and concern at reports of four deaths during the events of 6 January.

The President stated his firm conviction that “democracy and the rule of law will prevail in the US, restored and respected by responsible leadership” but remarked that the American political world cannot simply go back to “business as usual” since this means implicitly condoning criminal behaviour by the powerful. He stressed that “hate speech, calls for violence and incitement of insurrection to overthrow democracy are criminal by nature and must be dealt with through firm and fierce action”.

The Council of Europe and its Parliamentary Assembly are the observers and defenders of democracy, human rights, fundamental freedoms and the rule of law as enshrined in the European Convention of Human Rights. The United States has held observer status with the Council of Europe since 1995 and should uphold our shared values by taking appropriate action. “Democracy in this great nation will not be swept aside, and I have no doubt that the US will continue to be a beacon for upholding democratic standards,” the President added, and concluded with a clear message that ‘qui ne dit mot, consent’ - ‘who does not speak up, consents’.