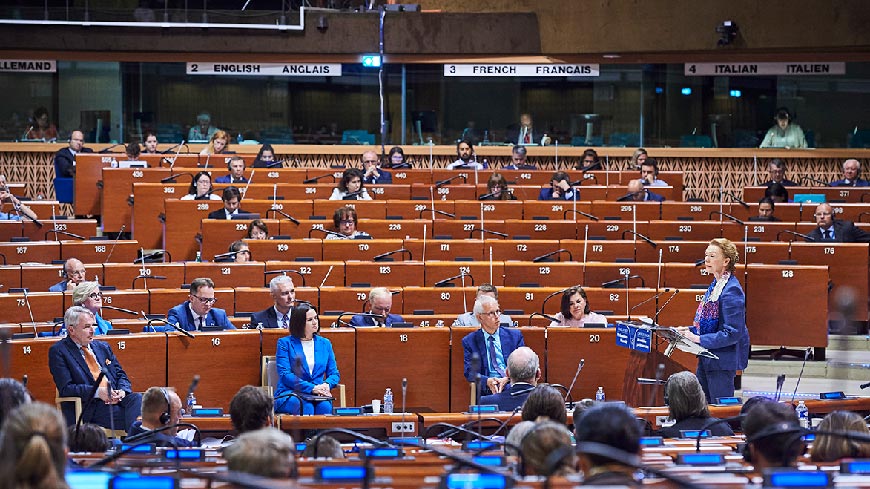 “The time has come for a fourth Summit of Heads of State and Government” to agree on how we best fit in the newly shaped geopolitical architecture of Europe and how to put democratic security on a firmer footing for the years to come, said Council of Europe Secretary General Marija Pejčinović Burić at the PACE high-level panel on “Upholding democratic security in Europe”.

“Over the years, we have worked to strengthen the union between our member states through common standards on human rights, democracy and the rule of law. What we have achieved in this way has no equivalent on any other continent,” she said. “However, the rise of populist and nationalist extremism is a direct threat to our values, for multilateralism and democratic security. The most obvious example of this is the brutal aggression committed by the Russian Federation against Ukraine.”

“We are now all united with Ukraine,” added the Secretary General. This is the reason why the Council of Europe has decided to reopen its Kyiv office, to assist the Office of the Attorney-General in the investigation of gross violations of human rights, and to adapt its Action Plan for Ukraine.