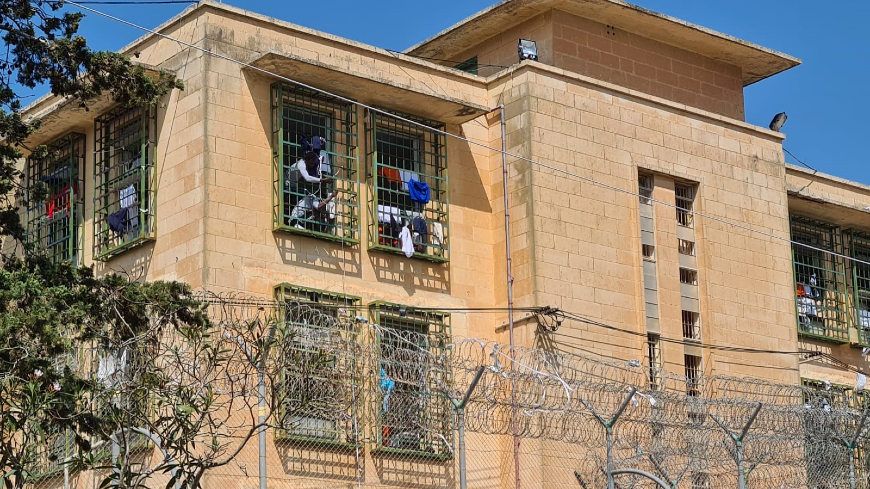 The European Committee for the Prevention of Torture and Inhuman or Degrading Treatment or Punishment, known as CPT, has published today a report on a rapid reaction ad hoc visit carried out in Malta, focussing on immigration detention, and the response of the Maltese government. The Committee urges the Mediterranean island authorities to change their approach towards immigration detention and to ensure that migrants deprived of their liberty are treated with both dignity and humanity.

The delegation visited the following establishments: Marsa Initial Reception Centre, Hermes Block (Lyster Barracks), Hal Far Reception Centre / “China House”, Safi Detention Centre, Floriana Police Station and Lock-Up, and Zejtun Police Station. In the report, the CPT acknowledged the significant challenges posed to the Maltese authorities by the arrival of increasing numbers of migrants, exacerbated by the Covid-19 pandemic. Nonetheless, this situation cannot absolve Malta from its human rights obligations and the duty of care owed to all migrants deprived of their liberty by the Maltese authorities.

Overall, the CPT found an immigration system that was struggling to cope: a system that purely “contained” migrants who had essentially been forgotten, within poor conditions of detention and regimes which verged on institutional mass neglect by the authorities. Indeed, the living conditions, regimes, lack of due process safeguards, treatment of vulnerable groups and some specific Covid-19 measures were found to be so problematic that they may well amount to inhuman and degrading treatment contrary to Article 3 of the European Convention on Human Rights. (ETS No.005).

Vulnerable migrants in particular were not getting the care and support they required. Not only were young children and their parents as well as unaccompanied/separated minors being detained, but they were held in very poor conditions, together with unrelated adult men. Clear protection policies and protocols for looking after vulnerable migrants need to be put in place. The CPT underlined that there is an urgent need for Malta to revisit its immigration detention policy, towards one better steered by its duty of care to treat all persons deprived of their liberty with dignity.

The CPT stressed that the problem of migration into Malta was not new and will almost certainly continue given the push factors that exist in those countries from which the vast majority of migrants come. Therefore, Malta together with the support of the European Union and other member states must put in place an immigration detention system which abides by European values and norms. In their response, the Maltese authorities provided detailed information on the steps being taken to improve the conditions of detention for detained migrants and outlined the measures taken and currently underway to reduce the pressure on the immigration detention system, including notably the significant reduction in the number of migrants being detained and instead transferred into open centres and the many refurbishment works underway to improve conditions.