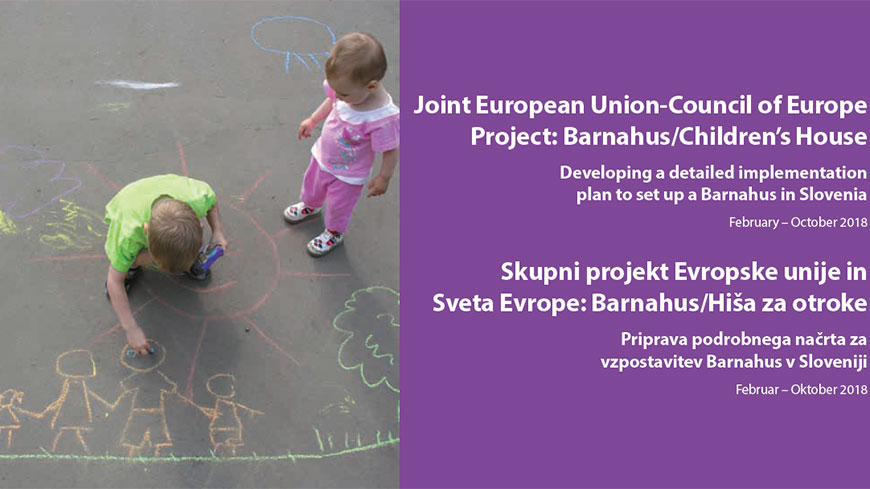 Representatives of Slovenian authorities have signed and adopted the Declaration on the creation of a Barnahus (Children’s House) for child victims of sexual abuse in Slovenia.

On signing and adopting this Declaration, Slovenia has joined the club of the Council of Europe member states stepping out of the shadows, bringing the reality of children being sexually abused into the light and offering them a safety net.

In the Declaration, the parties have stated their commitment to a coordinated investigation of cases where children may have been victims of sexual abuse; to the provision of the least traumatic and disruptive investigative measures; to the coordination of medical and mental health interventions, as well as to the development of a child-friendly setting where interviews, treatment and other services may take place for such children.

The parties have agreed to support the creation, development, implementation and operation of a Children’s House. National Guidelines defining the organisational and operational framework of the first Children’s House in Slovenia, as well as a Roadmap for the establishment, operation and evaluation of a Barnahus in Slovenia were developed under the joint EU-Council of Europe project “Barnahus/Children’s House”. The project was co-funded by the European Union via the Structural Reform Support Programme and implemented by the Council of Europe in close collaboration with the Ministry of Justice and the European Commission's Structural Reform Support Service.

Barnahus is a Council of Europe-promoted model to address child sexual abuse that brings under one roof all relevant professionals (the judge, the prosecutor, the police, social workers and medical professionals such as psychologists, forensic doctors) to obtain from the child victim of sexual abuse the necessary information for investigation and court proceedings, to prevent his/her re-traumatisation and provide support, including medical and therapeutic assistance.

The first Barnahus was set up in Iceland in 1998. Since then, similar services have been established in more than ten countries.