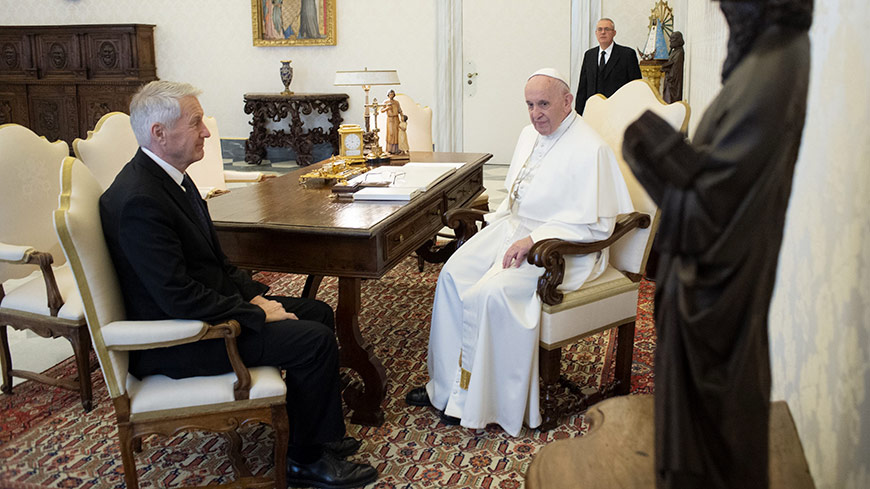 Council of Europe Secretary General Thorbjørn Jagland will be in Vatican City on Thursday on an official visit to the Holy See for an audience with Pope Francis. Meetings are scheduled with Archbishop Paul Richard Gallagher, Secretary for Relations with States and other members of the Curia. The purpose of the visit is to take stock of the long-standing, successful co-operation between the Council of Europe and the Holy See, and to discuss areas and perspectives for further collaboration.

Pope Francis received Thorbjørn Jagland in a private audience on 20th September 2014. He visited the Council of Europe in Strasbourg on 25th November 2014.

Pope John-Paul II visited the Council of Europe in October 1988, on the eve of the Organisation’s 40th anniversary.