Secretary General: Russia leaving the Council of Europe would be a “huge setback” for human rights 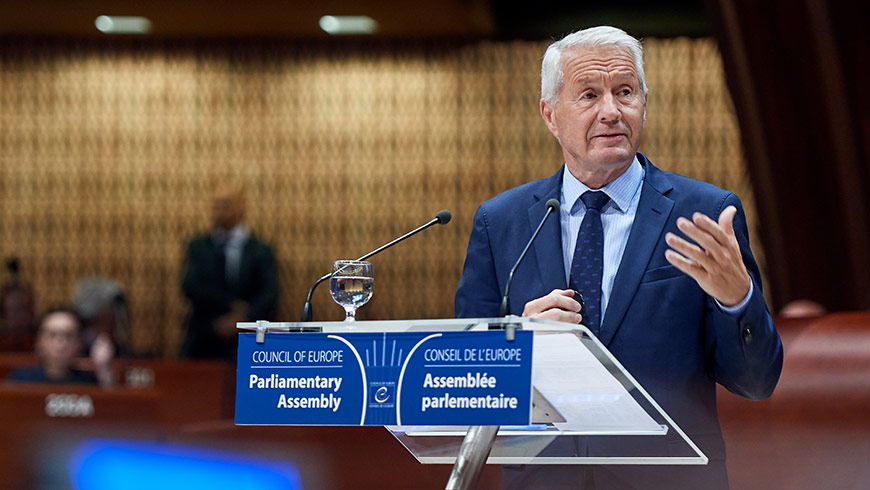 Answering a question from a PACE member relating to Russia’s continued non-payment of its budget contributions, Secretary General Thorbjørn Jagland warned that if Russia were to leave the organisation, its citizens would no longer have access to the European Court of Human Rights (ECHtR). Mr Jagland said this would be a “huge setback” for human rights in Russia, and cited a major improvement in prison conditions and a fall in the number of inmates, largely due to the many human rights cases brought by Russian prisoners to the ECHtR.

Asked how he could help to improve relations between the Parliamentary Assembly and the Committee of Ministers, Mr Jagland replied that he could use his special role to give both bodies his honest view regarding the Convention on Human Rights and the Organisation’s Statutes.

Other questions concerned the extradition of Turkish teachers from Moldova, the Bulgarian Supreme Court’s decision to rule as unconstitutional the Istanbul convention to protect women from violence, tensions between Armenia and Azerbaijan and prison conditions in Hungary.

In his closing remarks, Mr Jagland urged PACE members not to fall into the trap of pessimism. Instead they should defend the Court of Human Rights and its Convention system, which exists to protects citizens in member states.