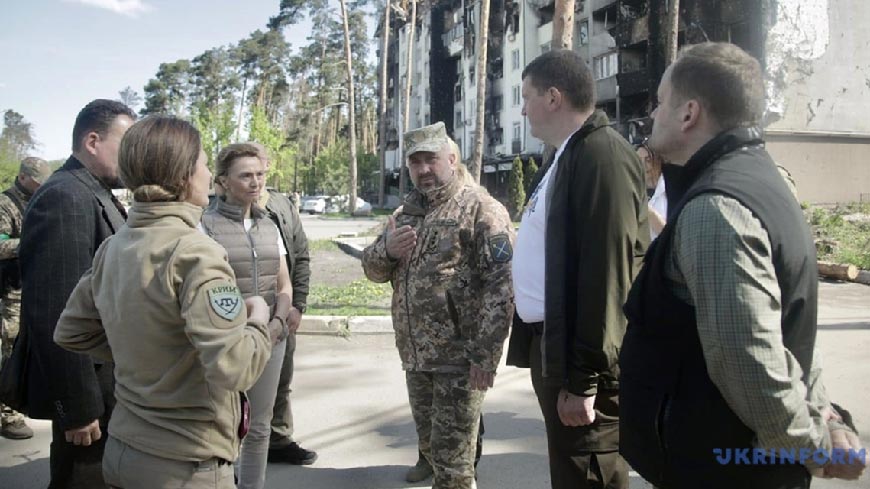 “I have just completed a working visit to Ukraine, where I met President Zelenskyy, Deputy Prime Minister Stefanishyna, Foreign Minister Kuleba, First Deputy Foreign Minister Dzhaparova and members of the Ukrainian delegation to the Parliamentary Assembly of the Council of Europe. I also met representatives of the military and civil society, including the leaders of the Majlis of the Crimean-Tatar people, as well as visiting Borodyanka and Irpin.

I reiterated the Council of Europe’s unwavering support and solidarity during these very challenging times to President Zelenskyy and the Ukrainian people. The evidence of unspeakable atrocities that I witnessed in our member state Ukraine is of deep concern. Today, on Europe Day, our hearts are with Ukraine as we continue to stand by its authorities and its people.

During the visit, I agreed a package of immediate measures to address the direct consequences of the Russian aggression with the Ukrainian authorities. This includes providing advice to Prosecutor General Venediktova and her office in the context of their investigations into gross human rights violations and their cooperation with the International Criminal Court. We are also preparing a package of measures to be implemented after the aggression has ended.

I once again call for an immediate end to the hostilities, for accountability and for the upholding of Ukraine’s sovereignty and territorial integrity. The unimaginable suffering and destruction inflicted upon the Ukrainian people by the Russian aggression, and the barbaric violence against women and children, has no place in our vision of Europe as a continent of peace where human rights are upheld, democracy thrives and the rule of law prevails”.