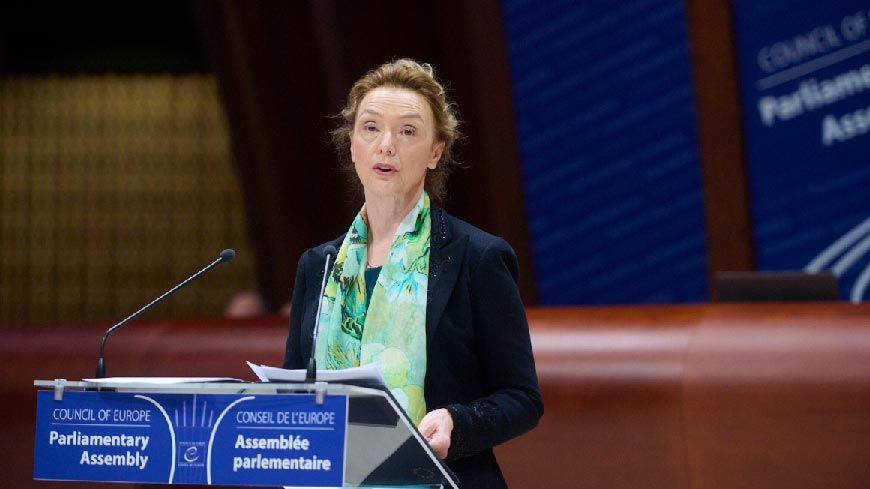 Addressing the extraordinary session of the Parliamentary Assembly of the Council of Europe (PACE), Secretary General Marija Pejčinović Burić spoke about the organisation’s response to the ongoingRussian aggression in Ukraine. “Since the decision to suspend Russia’s representation was taken on 25 February, its authorities have neither withdrawn from our Organisation, nor stepped back from their brutal campaign in Ukraine.

The serious violation of Article 3 of our Statute remains. It is for our Committee of Ministers – our member states – to determine what, if anything, should now be done: whether to leave the suspension in place or ask Russia to withdraw…In line with the Statute, they are rightly seeking the opinion of this Parliamentary Assembly about what the next steps should be. I know that you will consider the issues carefully, and I too look forward to hearing your conclusions.”

Expressing her dismay at the shocking images emerging from Ukraine of refugees fleeing the violence and destruction, the Secretary General emphasised that “above all else, this is a tragedy for Ukraine” and emphasised that, right now, our priority is to “stand with Ukrainian people and our Ukrainian colleagues in solidarity and support.”

She also used the opportunity to be clear that in the difficult times that lie ahead, the Council of Europe’s objectives will not change: it will continue to protect and promote European standards in human rights, democracy and the rule of law to the benefit of every citizen.