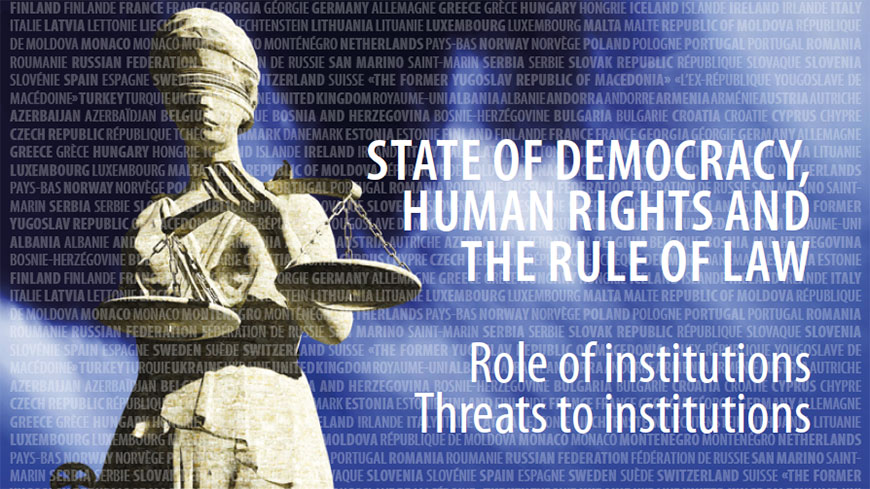 Human rights, democracy and the rule of law depend on the institutions that give them form. But for populists, who invoke the proclaimed “will of the people”, these institutional checks and balances on power are often seen as an obstacle that should be subverted.

This year the report draws attention to the role of institutions in Europe and to the attempts to undermine them both at the European level and at the level of member states.

“There are new and resurgent challenges to our institutions across the continent to which we must respond”, said the Secretary General.

In his report, the Secretary General invites all Council of Europe member states to recommit, in the interest of every European, to shared values, as reflected in the European Convention on Human Rights.

The assessments of the report are based on the texts and findings of the Council of Europe bodies – the European Court of Human Rights, the Parliamentary Assembly, the Commissioner for Human Rights, the Venice Commission and other monitoring and inter-governmental structures.