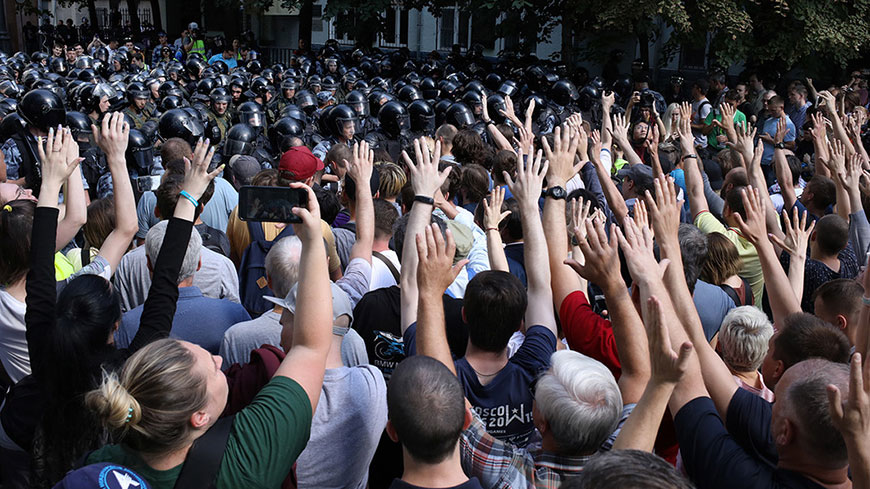 Today, the Commissioner for Human Rights, Dunja Mijatović, published a letter addressed to the Minister of Interior of the Russian Federation, Vladimir Kolokoltsev, regarding the action taken by law enforcement agencies to disperse the largely peaceful protests in Moscow on 27 July 2019, and recommended that the Russian authorities ensure that human rights are respected in the context of policing of assemblies.

The Commissioner expressed concerns about the large number of apprehensions during the rally of 27 July 2019, which in many cases were described as “unfounded” by eyewitnesses and human rights defenders. The Commissioner specifically raised the numerous reports of excessive use of force by law enforcement officers against protesters who were not offering resistance and journalists present during the assembly, which had reportedly resulted in injuries, some of them serious, to dozens of demonstrators. She further noted reports by human rights groups indicating that in many cases lawyers were prevented from accessing and extending legal assistance to persons detained in police stations following the rally, and that some of the detainees were not provided with basic necessities. In view of the foregoing concerns, the Commissioner requested information about any review proceedings initiated in relation to human rights violations committed by law enforcement officials during the protests in Moscow on 27 July 2019, including the number of officers identified and held accountable.