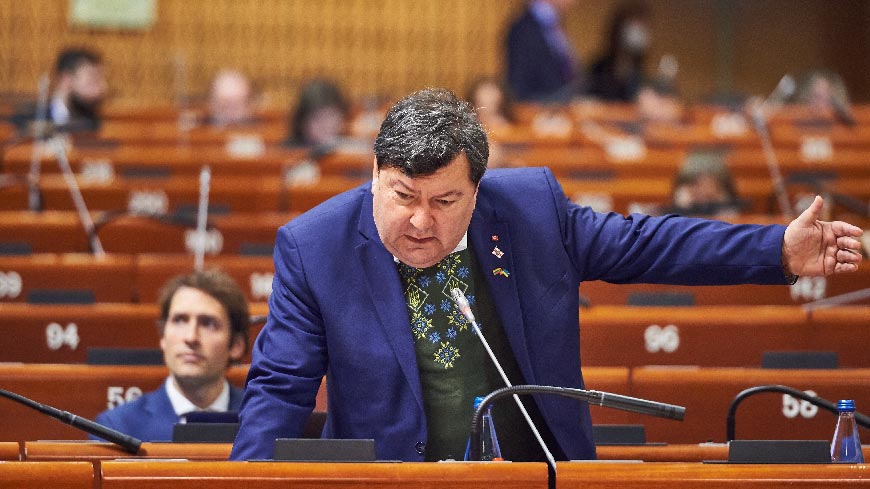 PACE has strongly condemned the attempted annexation of Ukrainian regions by Russia, describing the so-called referendums in these regions as “an affront to international law” and “null and void, with no legal or political effects”. The Assembly was debating a report by Emanuelis Zingeris (Lithuania, EPP/CD) on further escalation in Russia’s aggression against Ukraine, following a video address by Ukrainian President Volodymyr Zelenskyy.

In a resolution, adopted unanimously, the parliamentarians called for a “comprehensive system” to hold the Russian Federation and its leadership accountable for its aggression and violations of human rights and humanitarian law – including speeding the setting up of a special ad hoc tribunal to prosecute the crime of aggression against Ukraine.

The Assembly also called on Council of Europe member states to declare the current Russian regime as “a terrorist one”. It said the unleashing of a war of aggression by a permanent member of the United Nations Security Council “posed a challenge to global governance” and noted increasing support for reform of the Security Council. Russia’s increased threats of nuclear warfare were incompatible with the responsibilities of a nuclear power holding a permanent seat on the Council, the parliamentarians said, as well as being “abhorrent and reckless”. These issues should feature highly on the agenda of any future Fourth Summit of the Council of Europe, the Assembly added.