Marlène Schiappa: gender equality, a priority for the French Chairmanship of the Council of Europe in 2019 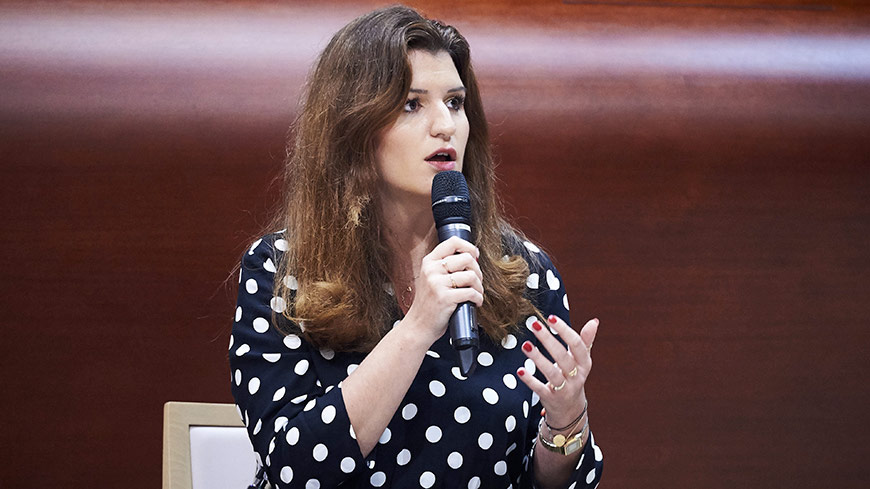 The French Minister of State for gender equality has announced that practical measures will be taken during the French Chairmanship to promote the Council of Europe Convention on preventing and combating violence against women and domestic violence (better known as the “Istanbul Convention”).

Speaking at the opening session of the World Forum for Democracy, Ms Schiappa encouraged member states which had not yet done so to ratify the Convention, which is the first legally binding international instrument in this field.

She also pointed out that the French Government had announced 75 measures, including maternity leave for all women, the extension of the limitation period for sexual crimes on minors, making harassment in the street a criminal offence, emotional and sexual education in schools and transparency concerning the gender pay gap.

“Through the #metoo movement, women have come together across the world at the same time to share similar experiences. #Metoo is an act – and tangible evidence – of solidarity between women”, she said.

“We live at a time when there will still be firsts for women in the future. In France, there are still positions of power which have never yet been occupied by women. This means that we are going to have to work together to promote these women’s rights and take steps for them to be able to break this glass ceiling; with the ultimate goal, for future generations, of totally eliminating it. Women are not a minority; we account for 52% of the population so we are actually a majority”, she concluded.

France will chair the Committee of Ministers of the Council of Europe from May to November 2019.