Istanbul Convention: clearing away the fog of misconceptions 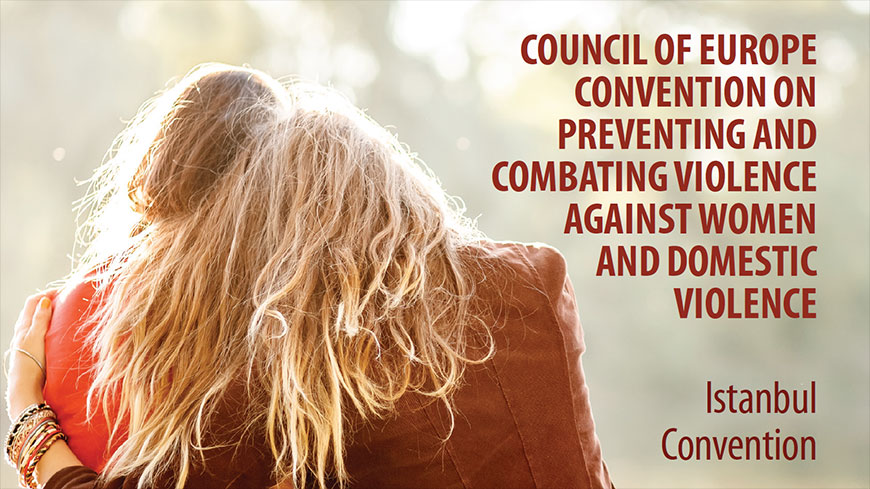 In recent months, several Council of Europe member states have shown “cold feet” in moves to ratify the Council of Europe’s Convention on preventing and combating violence against women and domestic violence (more commonly known as the "Istanbul Convention").

Although almost every single member of the Council of Europe has signed the treaty, recent misconceptions about its purpose as “ideologically biased” or against “traditional family values” are spreading like fog in some countries.

In excerpts from reports about the Istanbul Convention in ELLE Magazine Croatia and ELLE Magazine Bulgaria, published this week, the fog is cleared away, and the focus of the Council of Europe's treaty is stressed: it provides essential tools to uphold the basic human right of women to live a life  free from violence.

To counter the notion that the Istanbul Convention tries to force a kind of “gender ideology” on member states, the magazine articles explain the difference in that the term “sex” refers to the biological characteristics that define humans as female and male, while gender encapsulates socially constructed roles, behaviours, and activities that a given society considers appropriate for men and women.

Thus,  gender refers to expected roles for women and men, and how too often these roles are defined by out-dated stereotypes and can make violence against women, intimidation and fear more “acceptable”.

But both magazine articles also stress to readers the fact that the Convention is not against traditional gender roles, per se.

If women want to be stay-at-home mothers while their husbands work, the Convention raises no objection, as it was not designed to force women or men to live in certain ways.

The education that the Convention does require is to end stereotypes based on the idea that women are inferior to men – and that it is okay for them to be beaten.

For instance, Article 14 of the Convention requires states to include teaching material on non-stereotyped gender roles in formal curricula and to empower girls and boys to pursue options in life not limited to traditional roles for men (for example solely as breadwinners) and for women (solely as mothers and carers).

Other related misconceptions that add thickness to the fog are also refuted.

For example, the education obligation does not imply that states should include teaching material on sexual orientation and gender identity. A common misconception is that the Istanbul Convention obliges states to have lessons at schools about sexual orientation. It does not.

Some also claim that our Convention promotes same-sex marriage, but it makes no reference to the legal recognition of such marriage. Certainly the Council of Europe supports LGBTI rights – and the Convention opposes any form of discrimination. But the subject of same-sex marriage is outside the legal scope of the Istanbul Convention.

Nor does the Convention oblige states to legally recognise a third sex under domestic law, as some people mistakenly believe. The term “third sex” – sometimes referred to as third gender or intersex – refers to people who do not identify as either male or female.

Yet another misconception is that the Convention calls for a new “refugee status” for transgender or intersex persons, as has been sometimes erroneously reported. This is not true.

It asks for asylum procedures to be carried out in a way that allows women to explain the reasons why they are fleeing. Whether this is because of rape to silence political expression, or because of the fear of being subjected to genital mutilation, it takes time to say so.

All the convention wants in this regard is to offer the space to women to open up, because their stories and experiences might qualify for refugee status under the 1951 Convention relating to the Status of Refugees.