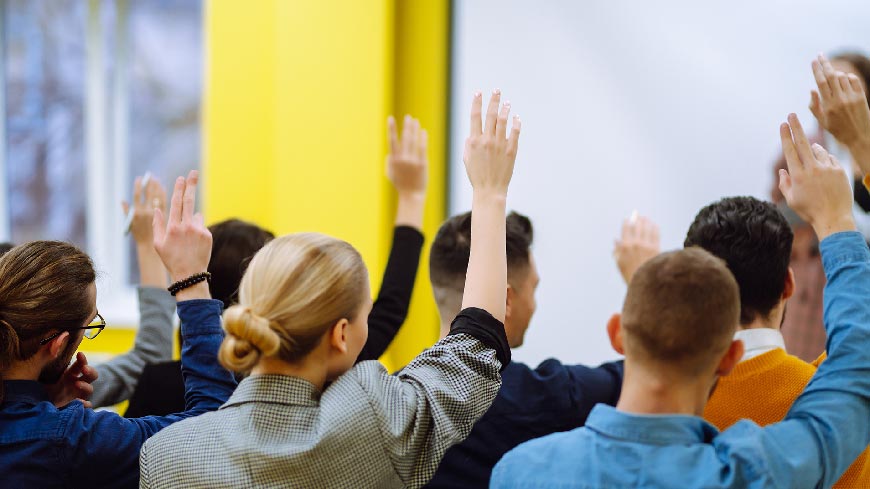 At an informal meeting on 3 June, delegations from the 46 Council of Europe member states held an exchange of views with representatives of civil society, other international organisations and experts on participatory democracy in Europe.

The aim was to exchange views on how best to strengthen the participatory culture and encourage citizens to participate in the decision-making process. The Council of Europe gives increasing importance to this subject which is a priority of the Irish presidency of the Committee of Ministers and will be at the centre of the next edition of the World Forum for Democracy.

The exchange also allowed for a deeper understanding of the mechanisms of participatory and deliberative democracy and the role that civil society plays in them, as well as the challenges that public authorities and civil society organisations face in implementing participatory mechanisms such as citizens' assemblies, consultation platforms or participatory budgeting. The exchange of views was part of the follow-up to a series of decisions taken by the Committee of Ministers, notably at its 132nd Session (Turin, 19-20 May 2022), to strengthen the participation of civil society organisations and national human rights institutions in the work of the Council of Europe.

Council of Europe and Civil Society

Concluding remarks from the Chair