European and World Day against the Death Penalty, 10 October

русский
Joint statement by the High Representative, on behalf of the European Union, and the Secretary General of the Council of Europe
Council of Europe Strasbourg 9 October 2022 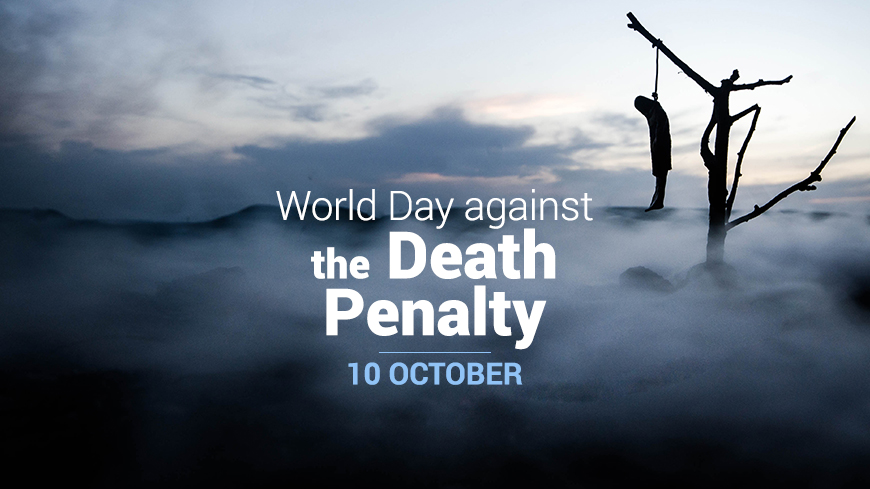 On the occasion of the European and World Day against the Death Penalty, the European Union (EU) and the Council of Europe firmly reiterate their unequivocal opposition to the death penalty at all times, in all places and in all circumstances. This year marks the twentieth anniversary of Protocol 13 to the European Convention on Human Rights (ECHR), concerning the abolition of the death penalty in all circumstances. We commend all those Council of Europe Member States (including all of the EU Member States) that have abolished the death penalty in all circumstances and we call on the last two Member States of the Council of Europe that have not yet acceded to this Protocol – Armenia and Azerbaijan – to do so without delay.

The steady worldwide decline in the number of states still applying the death penalty confirms the global trend towards abandoning this cruel, inhuman and ineffective punishment. A minority of 18 states, 9% of the total number of UN Member States, still carried out executions in 2021. We call on those states to introduce a moratorium on the death penalty as a first step towards abolition.

The EU and the Council of Europe strongly condemn the death sentences recently issued in the occupied Ukrainian city of Donetsk. We stress that these sentences were incompatible with both European human rights law and international law, including the Geneva Conventions and welcome with relief the release of the sentenced individuals. Equally, we deplore the politically-motivated amendment of the Criminal Code of Belarus – extending capital punishment to "attempted terrorist acts", with the eventual aim of targeting political dissents – and we urge the authorities to reverse this decision. We also call on Singapore, Iran, Saudi Arabia and other countries that have recently increased the number of executions to join the worldwide trend and abandon the use of this inhuman punishment.

The EU and the Council of Europe praise Kazakhstan for having ratified the Second Optional Protocol to the International Covenant on Civil and Political Rights, which aims to abolish the death penalty worldwide. We also commend Papua New Guinea, Central African Republic and Equatorial Guinea for having abolished the death penalty this year. Inhuman and degrading treatment is inherent to the death penalty. Death row contributes to the long-term physical and psychological decline of a person's health. The mental anguish of anticipating execution, and brutal methods of execution used are contrary to Article 3 of the ECHR, as long recognised in the judgments of the European Court of Human Rights.

Finally, the EU and the Council of Europe encourage all states to join the Global Alliance for Torture-Free Trade, which was launched in 2017 and currently involves 62 states committed to restricting the trade in goods used to carry out torture and capital punishment. The death penalty is an inhuman and degrading treatment, contrary to human dignity. It does not serve as a deterrent to crime. No legal system is safe from judicial errors, which may lead to the loss of innocent lives. We will not stop advocating until the death sentence is no longer applied.

Council of Europe and the death penalty