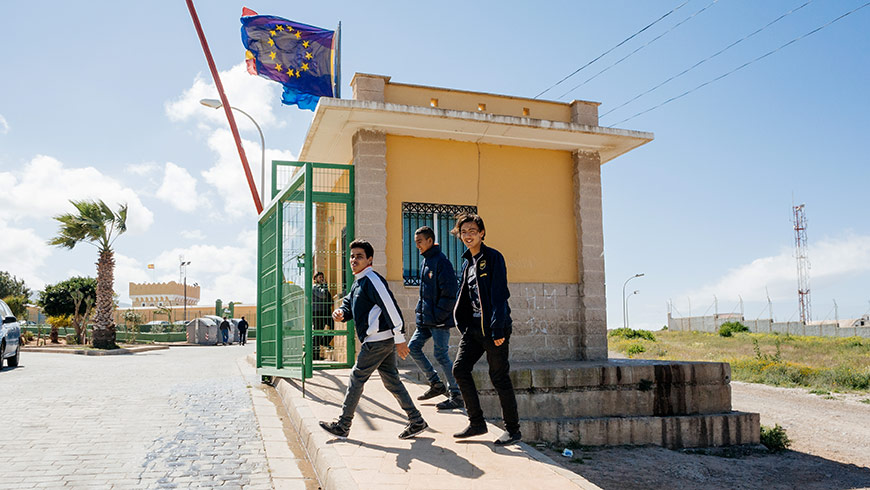 ”Every person arriving in Spain, including those jumping the border fences in Melilla and Ceuta, should be protected against refoulement and collective expulsions with a real possibility to have access to an effective and fair asylum procedure”, says the Secretary General’s Special Representative on migration and refugees Ambassador Tomáš Boček in a report published today.

While the Special Representative praises the reception conditions for refugees and asylum-seekers in mainland Spain and the support offered by the authorities to learning Spanish language, he points out that the reception facilities in Melilla and Ceuta, including those for unaccompanied children, are overcrowded. Dozens of unaccompanied children in Melilla and Ceuta have fallen out of the protection system, living in the streets and trying to get on board of ferries heading to mainland. The Special Representative also stresses the need to reduce the backlog of asylum applications and tackle delays in asylum procedures.

Spain has been a key destination and transit country and faced numerous challenges over the last three years as the arrivals and asylum claims in Spain rose sharply in 2017. This summer Spain became the main entry point to Europe for migrants and refugees travelling in the Mediterranean Sea. Spain has made significant investments in reinforcing border controls in the cities of Melilla and Ceuta which are the only land borders of EU on the African continent.

“Managing mixed migration flows is a challenge for all member states, including Spain. Yet it is possible that responses reconcile border control and security on one hand and the protection of human rights of migrants and refugees on the other hand in compliance with Council of Europe standards” the Special Representative said.