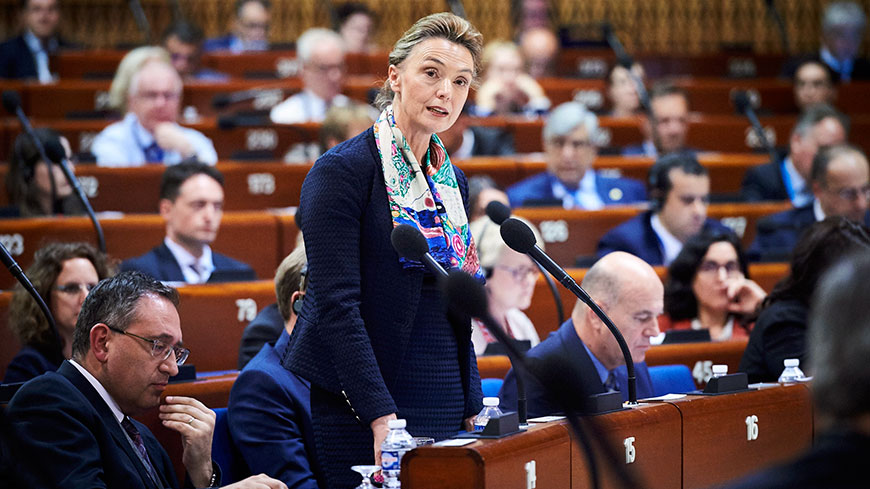 Croatian Deputy Prime Minister and Minister of Foreign and European Affairs Marija Pejčinović Burić spelled out her country’s priorities for its six-month spell chairing the Council of Europe’s Committee of Ministers in a speech to the Parliamentary Assembly today.

Presenting the work of the Council’s ministerial body, she said the fight against corruption would be the first priority, pointing out that this was an essential condition for the development of an open, democratic society which was sensitive to the needs of its citizens. She announced a conference in October, organised with the Council’s anti-corruption body GRECO, which would look at the key role of media in promoting transparency and responsibility.

Other priorities included the effective protection of the rights of national minorities and vulnerable groups, strengthening local and regional self-government, and protecting cultural heritage and cultural routes.

Turning to the challenges facing the Council of Europe, Ms Pejčinović Burić outlined a series of reforms to be known as the “Elsinore process”, which would seek to define a shared vision for the Organisation’s future, including the crucial question of sustainable funding.

She also warned of the “deteriorating human rights situation” in Georgia’s breakaway regions, and expressed hope for progress in bringing a ceasefire to Ukraine, as well as ending the death penalty in Belarus.