русский
Group of States against Corruption (GRECO) Strasbourg 3 May 2018 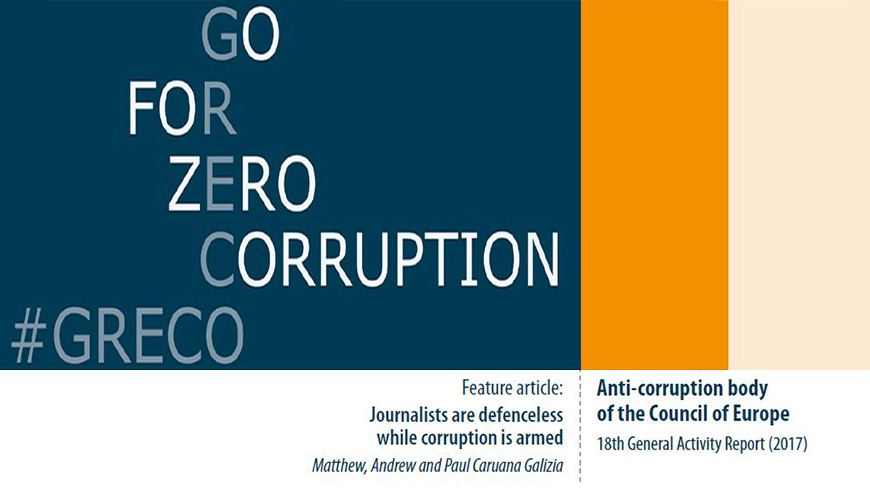 New legislative initiatives in certain European countries in 2017 reversed reforms previously undertaken to strengthen the prevention of corruption or started reforms that may result in breaches of the Council of Europe´s anti-corruption standards. Although there was overall progress in introducing new measures to fight corruption in respect of MPs, judges and prosecutors, their practical implementation remained slower than desirable.

These are some of the key concerns expressed by the Group of States against Corruption of the Council of Europe (GRECO) in its annual report, published today. GRECO also acknowledges the essential role played by journalists to fight corruption and pays tribute to Daphne Caruana Galizia. Her murder revealed once again the need to protect journalists who investigate corruption and to bring the perpetrators of crimes against them to justice.