Children’s rights in crisis and emergency situations: a new Council of Europe priority for 2022-2027 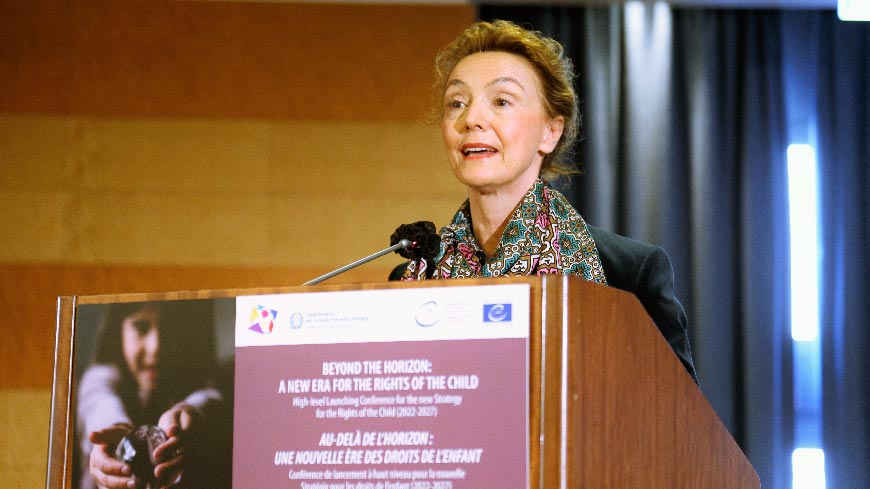 With climate change, the Covid-19 pandemic and the Russian Federation’s ongoing aggression against Ukraine, securing and protecting children’s rights in crisis and emergency situations has been designated a new priority in the Council of Europe’s Strategy for the Rights of the Child for 2022-2027 launched at a high-level conference in Rome. Other priorities included in the strategy are freedom from violence, equal opportunities and social inclusion, access to and safe use of technologies, child-friendly justice for all children and giving a voice to every child.

“Children’s rights are at greater risk during crisis and emergency situations,” said Marija Pejčinović Burić, Council of Europe Secretary General in her opening speech. “The crisis in Ukraine is devastating for millions of people, especially for children. The Russian Federation’s ongoing aggression compels us to ask what we can do to protect children in armed conflicts and to ensure the rights of all those children who have been displaced or became migrants as a result of the violence”.

According to UNICEF, two million refugee children had fled the war in Ukraine by the end of March 2022, in search of safety across the border. With an additional 2.5 million children displaced within the country, 60% of children in Ukraine had been forced from their homes.

Elena Bonetti, Minister for Equal Opportunities and Family of Italy, which currently holds the Presidency of the Committee of Ministers, said: “Millions are the children victims of violence, discrimination, conflicts, poverty, and abuse. To them and to all children in the world, it is our duty - both as governments and adults - to ensure the full and equal enjoyment of their fundamental rights allowing them to build a world that lives up to their dreams and their aspirations”.

On 8 April, during the panel on protecting children from online sexual exploitation and abuse, a new monitoring report will be presented by the Council of Europe’s Lanzarote Committee on how to “Address the challenges raised by child self-generated sexual images and/or videos.

Press release
Making Europe a safer haven: Children’s rights in crisis and emergency situations to become a new priority for the Council of Europe in 2022-2027

Video of the open parts of the Conference