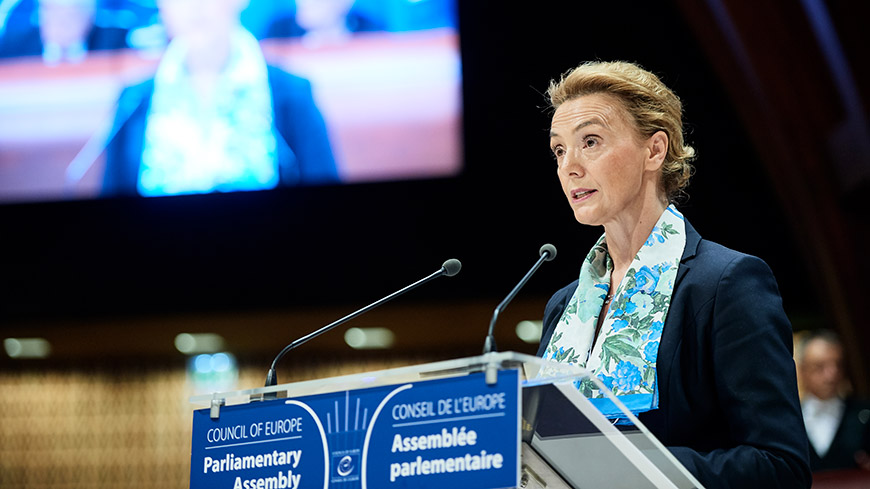 The Committee of Ministers is determined to pursue a constructive dialogue and close co-operation with the Assembly. It is by joining forces that we can meet current challenges and protect human rights, democracy and the rule of law in Europe,” said Marija Pejčinović Burić, Deputy Prime Minister and Minister of Foreign and European Affairs of Croatia, and Chairperson of the Committee of Ministers of the Council of Europe, addressing the Assembly today.

Ms Pejčinović Burić stressed the importance of respecting the major roles played by the key institutions of the Council of Europe respectively. “It is essential that we are clear about the specific role, rights and prerogatives of the two statutory organs of our Organisation,” she said.

The Chairperson of the Committee of Ministers also evoked a number of political issues as well as the events organised in the framework of the Croatian Presidency. She announced, in particular, the holding of a high-level conference on 15-16 October in Šibenik on “Strengthening transparency and accountability to ensure integrity: united against corruption”, as well as a parliamentary conference to be held in Dubrovnik on 6 November on “Building democratic security in the Mediterranean: common challenges, shared responsibility”.