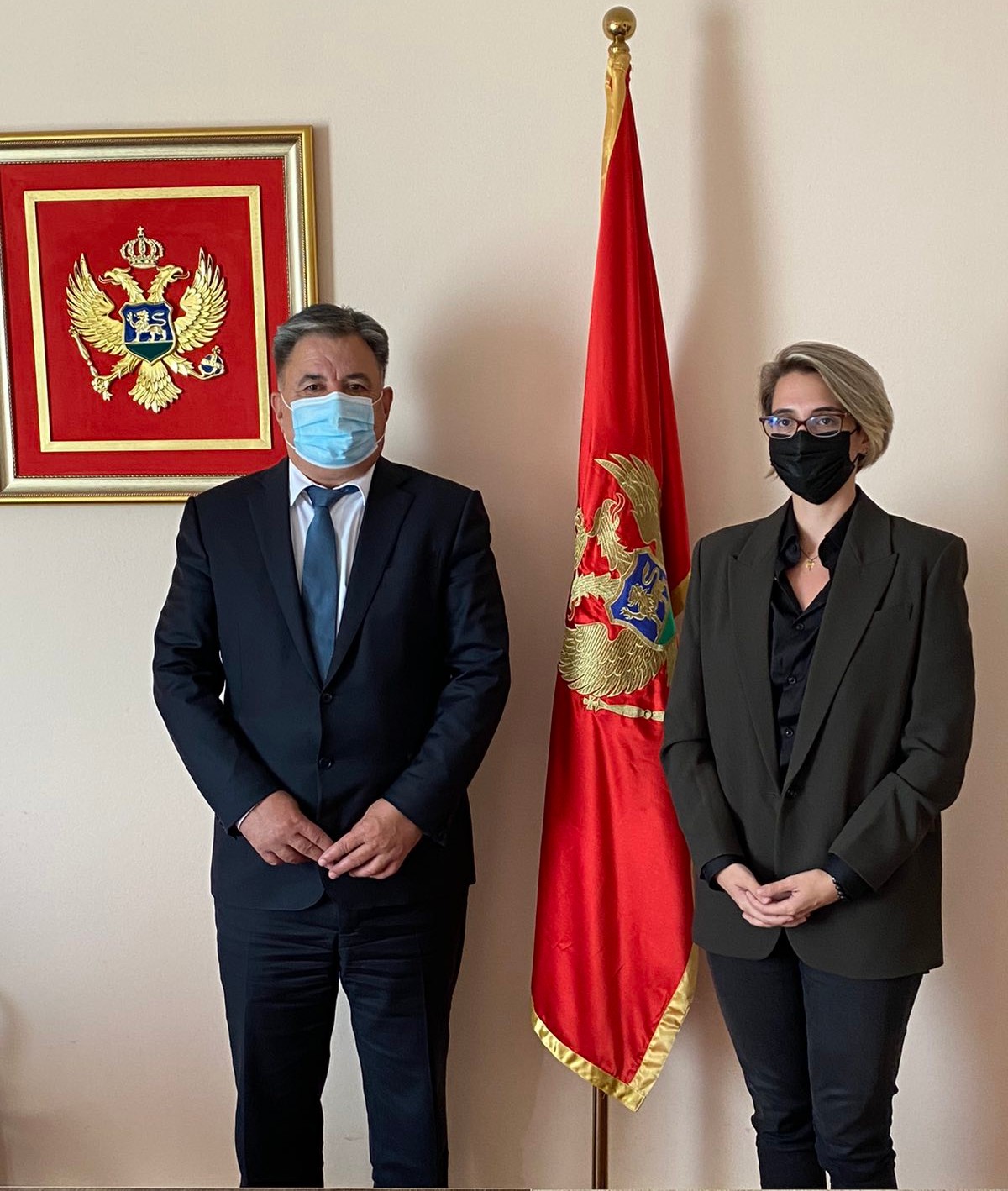 Evgenia Giakoumopoulou, Head of Operations of the Council of Europe Programme Office in Podgorica met today with the Acting Supreme State Prosecutor of Montenegro, Drazen Buric in the premises of the Supreme State Prosecution, to discuss ways forward in enhancing ongoing prosecutorial reform, including through the means available under the joint European Union/Council of Europe action "Accountability and professionalism of the judicial system in Montenegro.”

During the meeting, Buric thanked to Head of Operations of the Council of Europe Programme Office in Podgorica for the meeting and confirmed the action’s relevance to addressing the needs and priorities of the prosecution service in Montenegro, notably in terms of further strengthening the accountability and ethics of prosecutors and improving national capacities to comply with the European standards and European Court's jurisprudence.

Giakoumopoulou reiterated the Council of Europe’s commitment to support national authorities in conducting the necessary reform initiatives, in line with the EU accession benchmarks in chapters 23 and 24 and findings of the Council of Europe monitoring bodies. In that sense, both sides agreed to intensify co-operation in implementing the recommendations of the European Commission and the Group of States against Corruption (GRECO) concerning Montenegro.

The action "Accountability and professionalism of the judicial system in Montenegro" is a part of the joint European Union and Council of Europe programme “Horizontal Facility for the Western Balkans and Turkey 2019-2022”.