European Modules for trainer training - The use of social media for democratic participation, 2012/2013 (SOCMED)

The use of social media for democratic participation, 2012/2013 (SOCMED)

The module series The use of social media for democratic participation started in 2012. It was the eleventh series of the trainer training scheme of the Pestalozzi Programme and was planned to last until spring/summer 2013. The first module (Module A) took place in Strasbourg at the European Youth Centre of the Council of Europe and the second module (Module B) will take place in Antalya, Turkey with the support of the Turkish Ministry of Education. The five phases of the module series are coordinated by a team of facilitators - Ms Ana Boa-Ventura, Portugal, Mr Miguel Garcia Lopez, Germany, Ms Anne-Claire Orban, Italy - led by Mr Rolf Gollob, Switzerland: The coordination of the methodological approach was carried out by the General Rapporteur, Ms Pascale Mompoint-Gaillard in close collaboration with the Secretariat. The training units will be available at the end of 2013 for interested teachers and teacher trainers to try them out, to adapt them and further develop them. The Pestalozzi Programme would appreciate feedback on the available resources, including further resources developed on the basis of our model in its online collection 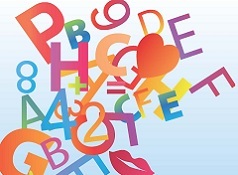