Background of the Conference

The Framework Convention for the Protection of National Minorities and the European Charter for Regional or Minority Languages were elaborated by the Council of Europe in the 1980s and early 1990s at a time of profound geopolitical changes and quest for a better recognition of minority rights. Both instruments entered into force in 1998 and albeit distinct in approach and background, both serve to depoliticise the often contentious question of treatment of persons belonging to national minorities, including their languages, turning their protection into a pan-European commitment. Their implementation is monitored by bodies comprised of independent experts, namely the Advisory Committee on the Framework Convention and the Committee of Experts of the Language Charter, as well as the Committee of Ministers of the Council of Europe.

The rights enshrined in the two instruments have materialised into a growing body of national laws ensuring minority rights, including widespread possibilities for education in minority languages, the use of minority languages in contact with the administration and topographical signs, as well as participatory structures giving minority representatives access to decision-making. All these elements are essential for the integration of society as a whole, wherein both persons belonging to national minorities and to the majority can prosper.

However, since their entry into force twenty years ago, Europe has changed beyond recognition. During their monitoring visits, members of the expert bodies monitoring these treaties increasingly come across challenges affecting both states and national minorities: the effects of migration, including on national minority policy, conflicts between states parties affecting national minorities, and the erosion of multilateralism are just some of the most prominent ones. Striking a balance between promoting the state language and protecting minority languages is another frequently contentious issue. On top of this, technological developments, particularly digitalisation, have created both new challenges and immense opportunities for national minorities and minority languages.

Key Questions of the Conference

The conclusions of the conference should feed into a reflection process by the Committee of Ministers of the Council of Europe on how the respective monitoring mechanisms of the two conventions can be reinforced to effectively respond to the above-mentioned challenges. 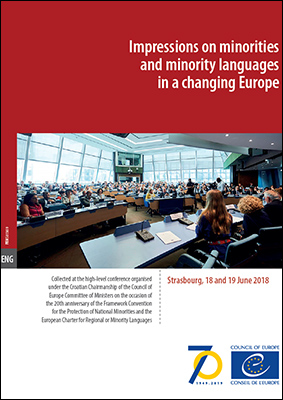 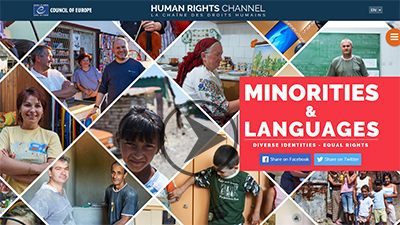