1. confer the Landscape Award of the Council of Europe’s European Landscape Convention for the 3rd Session of the Award 2012-2013 to the achievement:

The project on preserving ecological value in the landscape of the Szprotawa river valley is the winner of the 3rd Session of the Council of Europe Landscape Award 2012-2013 considering that it meets the four criteria of the rules on the Landscape Award. The integrated approach goes beyond the single dimension of biodiversity and associates nature with culture and population. Thus the project offers a model that others might follow. It shows a good level of participation by the parties concerned in both decision-making and land management. The farmers and beekeepers are stakeholders; the project has also enabled apparently conflicting economic interests to be reconciled. The aesthetic dimension is present and enables the awareness of different generations to be raised effectively. The environment is also taken into consideration: the project relates to the rehabilitation of a former Soviet military base, as well as to increased use of biomass as a source of energy. The involvement of Roma in the decision-making process and, in future, in the management of the restored land is particularly favourable. In dealing with the issue of minority populations and their involvement in land management, this project represents progress in “living together” at European level which should be applauded;

2. confer identical special mentions of the Landscape Award of the Council of Europe’s European Landscape Convention for the 3rd Session of the Award 2012-2013 to the three following achievements:

The rebirth of the Alto Belice Corleonese region through the recovery of lands confiscated from the mafia organisations, LIBERA, Associations, names and numbers against mafias, Italy

The project of the revival of Alto Belice Corleonese relates to the recovery of land from mafia organisations, which was illegally seized by them. This project of great interest encompasses a combination of the Council of Europe’s principles: human rights, rule of law and democracy. Landscape is both the instrument and the result. The project is as much political as economic, and produces a landscape which highlights the local identity and culture. It restores the cultural dimension of the landscape and the quality of the natural environment. Organic production and local processing of farm products, the development of renewable energies and the restoration of the heritage all provide job opportunities for vulnerable populations. The outstanding level of volunteer mobilisation is one of the project’s strong points;

The “U-parks. U-turn we love” project for the reclamation of a public park network in urban areas is of great interest because it counterbalances the wave of land privatisation that followed the end of the Soviet era. Here public land regains its importance and can be enjoyed by everyone on a daily basis. This system of urban parks is a fine exercise in landscape planning as applied to individual and collective well-being. The landscape is regarded as a common good, enabling participatory practice to be developed. This achievement undeniably has a sustainable development dimension. The involvement of the landscape architects’ association and the use of parks as “teaching areas” for future professionals is particularly interesting;

The location of the “Gate of Gornje Podunavlje” project on the banks of the Danube in the historic region of Backi Monostor has enabled some particularly interesting cross-border and multi-ethnic objectives to be pursued. The attention given to the Serb, Croat, Hungarian, Roma and Šokci heritages with a view to a shared European identity was particularly appreciated. This project reflects a public commitment to better economic and social well-being and, at the same time, to the preservation of the character of the landscapes. Within a UNESCO Biosphere Reserve, this project takes a well-adapted integrated approach. The development of cross-border ecotourism, in conjunction with a return to agricultural production geared to traditional diets, is helping to reduce the numbers of young people leaving the countryside;

3. acknowledges the great value of each project presented for the 3rd Session 2012-2013 of the Landscape Award of the Council of Europe’s European Landscape Convention and make them well known to the general public as a source of inspiration:

Hoge Kempen National Park uses an integrated approach which enables greater coherence and defragmentation in an area from which the mining industry has departed and gives it new impetus. The park, adjacent to a garden city, remains faithful to the principles of such cities, fostering co-operation and stimulating the parties concerned. This project is intended to increase public interest in the protection and enhancement of this landscape;

Environmental education in the town of Strakonice year by year or “Pilgrimage through the Contemplative Landscape”, Municipality of Strakonice, Czech Republic

The environmental education project of the town of Strakonice, a national pilot project, is an on-going process of an enduring nature, one which takes account of previous management. It brings all generations together through a series of “thematic cycles” referring to the intangible values of the places concerned (history and legend, poetry, painting, folk arts…) so as to give a better description of the landscape and “give it a soul”. The growing awareness of the sense of belonging to a “European” landscape is interesting. Active public participation in the restoration and maintenance of “small” heritage was appreciated;

The Hyyppä Valley landscape projects involve a wide variety of players. The public is viewed on the same level as the public authorities and is involved in the definition of objectives, implementation of activities and monitoring of the results achieved. The strong point of this achievement is the deep involvement of both volunteers and the national forestry department in the activities. The projects carried out have helped to highlight the value of landscapes and to promote the social and aesthetic values of the communities concerned;

A contemporary park in the small town of Langueux, Grand Pré links the town centre with Saint Brieuc and the wide horizons of the Yffignac Bay. The project creates a strong, friendly place that features elegant views in a new urbanity. Today the town, fragmented by suburban housing, has a new urban quality. This is expressed on the one hand through a social project, which gives importance to a public space that generates diversity and exchanges between people and, on the other, through composed views and materials that recreate the visual relationship with the surrounding landscape and landmarks. Grand Pré Park is on the point of becoming the new centre of attraction of a town in the making;

The long-term complex landscape rehabilitation and development programme in the Gerecse Mountains and the Által Creek Valley, carried out by a non-governmental organisation, combines protection of the environment with responsible tourism. Through a comprehensive approach, a former mining site has been rehabilitated and damaged ecosystems restored. The involvement of numerous – public and private – partners has made an everyday landscape extraordinary, conducive to the development of ecotourism. The landscape has been planned in line with the European Landscape Convention. This simultaneously environmental and social project has enabled the public to return to former practices. The high level of participation and quality of governance were appreciated;

The Bere Island Conservation Plan is a sound plan representing an exemplary approach and fulfilling all the criteria for the Council of Europe Landscape Award, particularly where public participation and awareness-raising are concerned. It involves various participants (local people, universities in the framework of the Erasmus programme, the army, etc.). The project brings nature and the economy together and offers waste management solutions. It is subject to integrated management using the resources available, and is linked to every sector of island life. It has resulted in stabilisation of the island’s population. The depopulation of rural areas is a problem on a European scale. This project has the right dimension and sets a useful example;

The Committee of Ministers of the Council of Europe recognised the great value of the project. Dzintari Forest Park aims to preserve a natural enclave of 13 hectares in the city centre. This planning of the urban landscape for recreational and leisure purposes has successfully made room at this site to accommodate pedestrians and skateboarders. The development of democratic processes to satisfy public aspirations in terms of quality of the environment is greatly appreciated;

The Furnas Landscape Laboratory represents an example of good practice which will be useful to other countries. The regaining of water quality, return to a kind of agriculture more respectful of the natural substrate and the eradication of invasive species are the project’s strong points. The project, which certainly corresponds to the spirit of the European Landscape Convention, gives off a feeling of high energy. Activities seem to be on a huge scale and will require numerous resources, provided by many volunteers and, to some extent, European Structural Funds;

The project on Agricultural Development and Environmental Protection in Transylvania is of interest as it combines economics and ecology. The aim is to perpetuate an agricultural system which promotes biodiversity. The approach adopted presents a level of integration which would deserve to be increased. The ADEPT Foundation has involved several participants and brought national and European, public and private partners into action. Ultimately, this project should be able to incorporate landscape quality objectives;

Salvage, Revival and Operation of the Forest Railway in the Landscape of Cierny Balog, Ciernohronska zeleznica NGO, Slovak Republic

The landscape and water-management restoration project relating to Škocjanski Zatok nature reserve concerns a coastal wetland. Thanks to the project, urban and industrial sprawl have been successfully halted, something very important in this limited coastal area. Managed by BirdLife Slovenia, the project benefited from significant national and European Union (LIFE) support, without which it would be impossible to curb urban and industrial pressure. It clearly shows public participation in the planning process and a good level of public awareness. The planning process incorporates nature protection and attention to the landscape;

This project relates to an outstanding landscape with few equivalents in Europe. The landscape can be maintained only through stubborn human effort without mechanical assistance. The revitalisation of this site, which has UNESCO Biosphere Reserve status, is the outcome of a rigorous approach combining environment, aesthetics and economics. Not only is wine-growing viable, it also creates jobs. The decision to engage in sustainable agri-tourism is helping to revitalise the landscape. Public participation is strong at every level of decision making, and awareness is raised of all aspects of landscape and environment;

Located close to major cities, the South Pennines Watershed Landscape Project fully meets the Landscape Award criteria and complies with the provisions of the European Landscape Convention. This area is made available to many and varied urban populations. The complex project is representative of the long and sound tradition of integrated work on the landscape in the United Kingdom. It represents a textbook example of public awareness-raising. Landscape planning is a process which necessitates constant efforts and investments. The progress made needs to be consolidated and continued on an on-going basis. The many participants in this project are encouraged to develop it further. 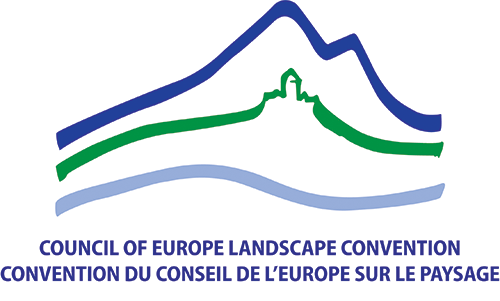