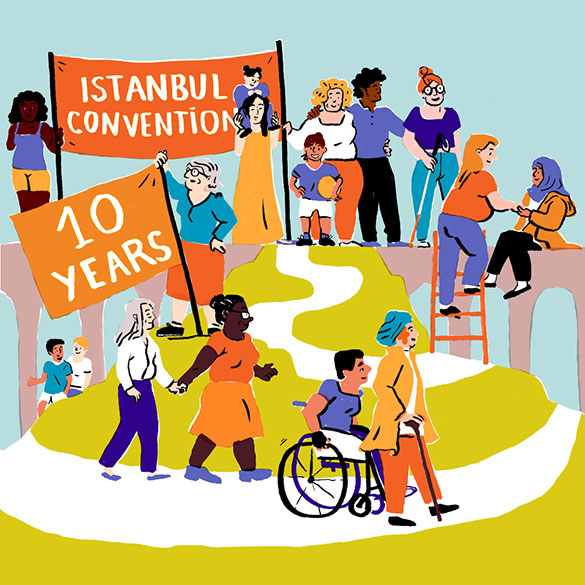 The Istanbul Convention is a living instrument. Since its opening for signature on 11 May 2011, major steps have been taken to make practical use of its legal provisions. Efforts were made to increase its ratification leading to a rise in the number of national governments joining the Convention.

The monitoring mechanism of the Istanbul Convention has been set up through the creation of the Group of Experts on Action against Violence against Women and Domestic Violence (GREVIO) and the Committee of the Parties, marking the beginning of the very first evaluation procedure.

GREVIO has also diversified its activities by preparing its first third party intervention before the European Court of Human Rights or embarking in the preparation of its first General Recommendation on the digital dimension of violence against women.

1st meeting of the
Committee of the Parties

10th Anniversary
of opening for signature