GREVIO publishes its report on Norway 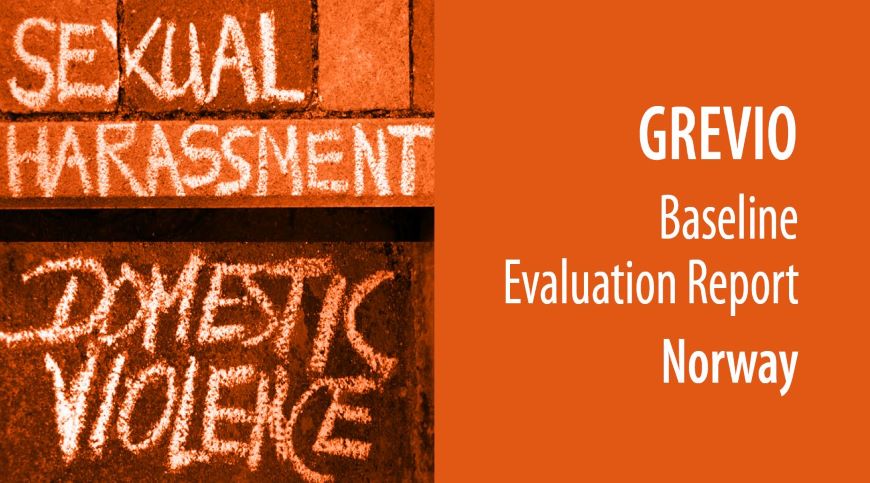 Today, the Council of Europe Expert Group on Action against Violence against Women and Domestic Violence (GREVIO) published its baseline evaluation report on Norway.

The report contains a comprehensive analysis of the implementation of the provisions of the Istanbul Convention in Norway. It acknowledges the steps taken by the country to improve compliance with the standards of the convention and identifies areas where progress is still needed.

In its baseline evaluation report, GREVIO highlights a number of positive legal and policy measures in place and praised Norway’s long history in promoting equality between women and men. In addressing violence against women, GREVIO welcomed the measures taken through national action plans and the well-established network of general and specialist services for victims of violence against women throughout the country. As regards legal developments, Norway is considering the adoption of a consent-based definition of the criminal offence of rape, which will hopefully lead towards more stringent compliance with the Istanbul Convention in the future.

Despite these achievements, GREVIO has observed an insufficient level of recognition of women’s specific experiences with gender-based violence in the legislative and policy documents. The report further highlights the need to address the increased vulnerability of certain groups of women exposed to intersectional discrimination, in particular those belonging to an indigenous population such as the Sami, women with addiction issues and women with disabilities. It also raises serious concerns related to mandatory mediation in divorce and separation proceedings for couples who have children under 16.

Comments of the Norwegian Government