GREVIO publishes its report on Bosnia and Herzegovina 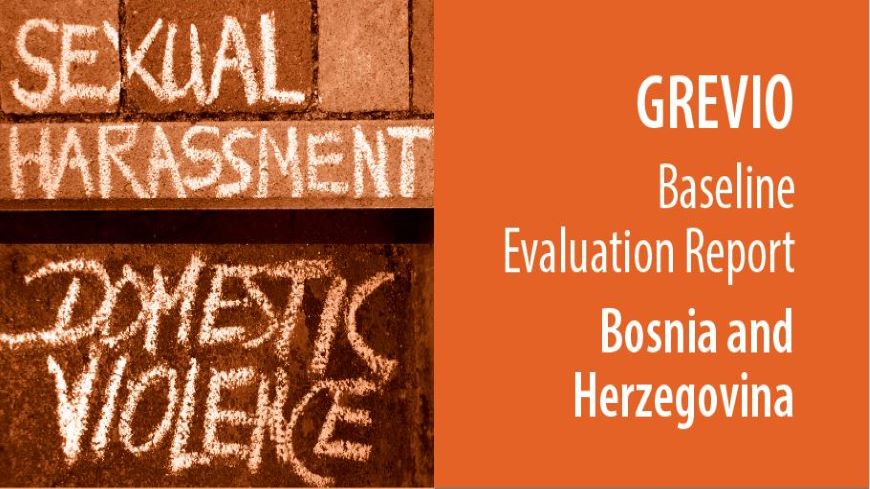 Today, the Council of Europe Expert Group on Action against Violence against Women and Domestic Violence (GREVIO) published its first baseline evaluation report on Bosnia and Herzegovina.

The report contains a comprehensive analysis of the implementation of the provisions of the Istanbul Convention. It acknowledges the steps taken by the country to comply with the treaty but identifies areas where progress is still needed.

In its report, GREVIO welcomes policies to secure gender equality, including gender-sensitive budgeting in ministries at the state and entity levels and the establishment of contact persons for gender equality. Positive steps highlighted in the report include the passing of new criminal legislation introducing the offences of forced genital mutilation (FGM), forced sterilisation, stalking, sexual harassment and forced marriage. GREVIO also praises the provision of specialist victim support in domestic violence proceedings, via a “person of trust”, assisting victims and attending all their meetings and hearings before public institutions, including police and courts.

However, basing its findings on information obtained from the authorities, civil society and a wide range of sources, including an on-site visit to Bosnia and Herzegovina, GREVIO also identifies challenges that require “urgent action” by the authorities to comply with the treaty. More efforts are needed in particular to enhance the implementation of the Istanbul Convention in relation to all forms of violence against women, beyond domestic violence, which are currently less addressed by policies, programmes and support services, with due regard to their gendered nature. In the area of prosecution and procedural law, in the report GREVIO identifies worrying judicial and sentencing practices such as the predominant use of mitigating circumstances, the large use of plea-bargaining agreements and the imposition of very lenient sentences, which bear the risk of entailing a sentiment of impunity among perpetrators and victims alike.