GREVIO publishes its first reports on Austria and Monaco 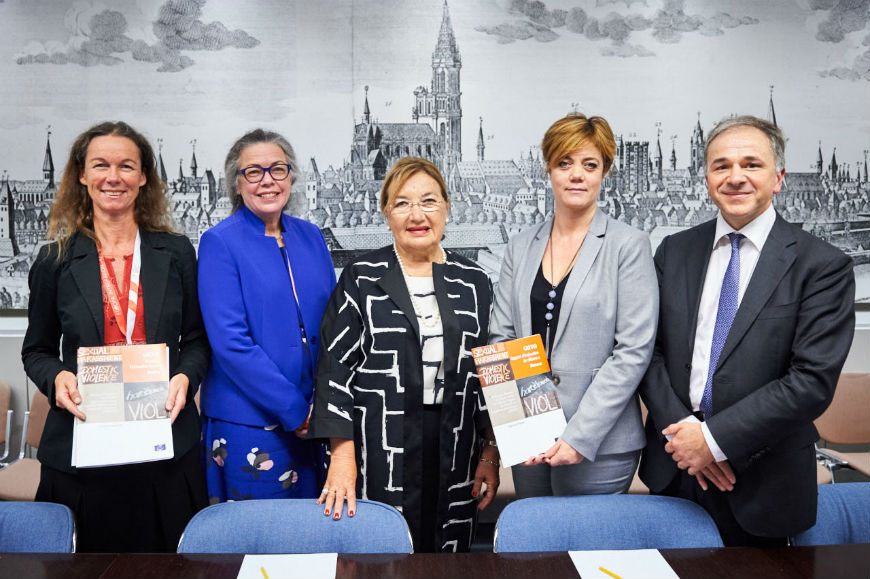 Today, the Council of Europe’s Group of Experts on Action against Violence against Women and Domestic Violence (GREVIO) published its first two evaluation reports.

In an official ceremony to mark this historic event , the President of GREVIO, Ms Feride Acar, presented the report on Austria to the Consul General of Austria, Ms Erika Bernhard and the report on Monaco to Ambassador Rémi Mortier, Permanent Representative of Monaco to the Council of Europe and  Ms Véronique Ségui-Charlot (Director of Social Welfare and Social Services Department and newly appointed contact person of Monaco for the Istanbul Convention).

In the case of Austria, GREVIO praises the strong leadership Austria has shown over the past decades in introducing a system of emergency barring and protection orders for victims of domestic violence.  However, other forms of violence against women, for example rape and sexual violence, forced marriage and female genital mutilation have received significantly less attention. This leaves victims of these forms of violence with lesser access to specialised services and support.

As regards Monaco, GREVIO’s report welcomes progress achieved by passing new legislation to tackle domestic violence and reinforcing inter-agency co-operation. Nevertheless, policies and measures need to include the gender dimension of violence against women and ensure a greater involvement of civil society.

The presentation and publication of these first two country evaluation reports mark a significant milestone in GREVIO's monitoring procedure and indeed, demonstrate its dedication and hard work in reaching this milestone just two years after GREVIO's first meeting. In the meantime GREVIO continues its monitoring with the next two reports, on Albania and Denmark, expected to be published in time to mark the International Day for the Elimination of Violence against Women on 25 November 2017.