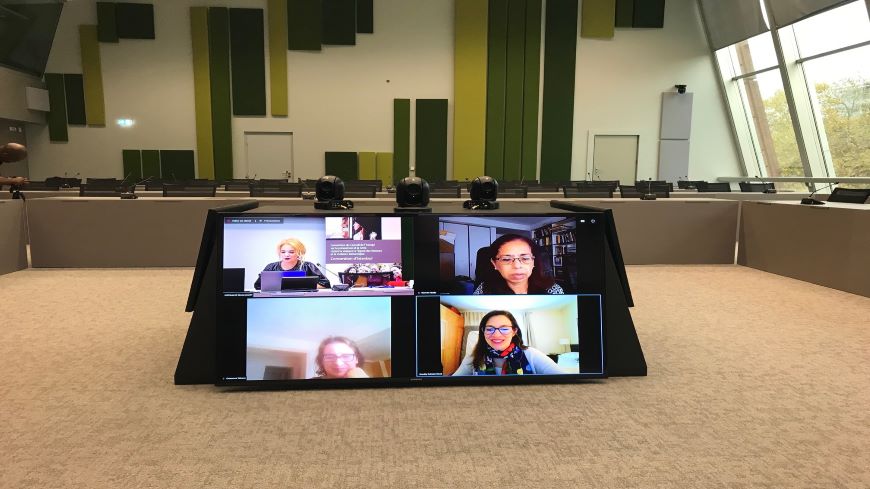 The joint statement acknowledges with concern that prosecution and convictions for acts of violence against women, including their digital dimension, remain low while women and girls around the world still face difficulties in accessing criminal and administrative justice as well as support services.

In a context of multiple crises, including armed conflicts, climate change, forced migration and displacement, a lingering pandemic and economic downturn as well as the current backlash on women’s rights, women’s access to justice, reparation and empowerment is increasingly at risk of being further de prioritised, and requires sustainable safeguards.

The joint statement highlights that international and regional women’s rights standard have set a solid basis for effective access to justice for women who suffered gender-based violence. These standards were also designed to allow women and girls to better navigate justice systems without being discredited, discriminated against or facing high administrative, socio-economic or other barriers – and to increase perpetrator accountability. The members of the EDVAW Platform urgently call on states to step up efforts to fulfil their commitments to exercise due diligence in investigating and prosecuting gender-based violence and to provide remedies to women and girls for such acts.