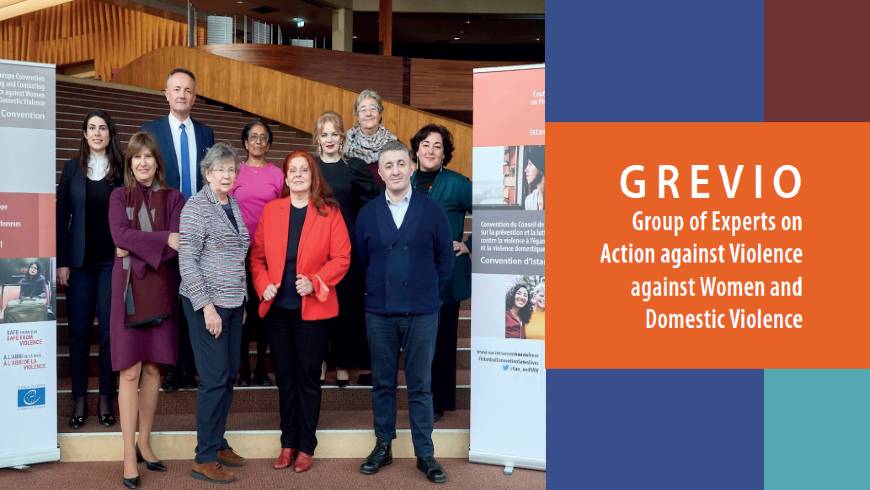 The Council of Europe’s Group of Experts on Action against Violence against Women and Domestic Violence (GREVIO) finds that many countries lack enough protection for children and domestic violence victims. GREVIO, which monitors implementation of the Council of Europe Convention on Preventing and Combating Violence against Women and Domestic Violence (Istanbul Convention), has published an annual report today focusing on child custody, visitation and domestic violence drawn from its evaluations thus far.

Describing strengths and weaknesses in implementing treaty articles 26, 31 and 45 relevant to domestic violence victims and decisions made on child custody and visitation, the report shows that while all states parties to the treaty have taken positive steps, “the road ahead is long” because implementation has been too inconsistent. Women victims of domestic violence who leave their abusers often are confronted with threats of harm to their children, and the report notes an “alarming rate of homicides of both women and child victims, which are reported regularly in the media across Europe”.

Despite such progress, gaps remain, including the following examples:

Lack of provision of protection and support to child witnesses when violence occurs in the family unit: Despite well-established recognition of harmful effects of witnessing violence set out above, monitoring to date reveals that state parties to the treaty “mostly fail” to provide appropriate and sufficient access to specialised and age-appropriate services for children (in direct contravention to Article 26). In some countries, for example in Austria and Finland, such services are provided in shelters only, and only timebound – with the departure from the shelter entailing the termination of such essential specialist support. In the Netherlands, Portugal, Serbia and Sweden, while shelters support children accompanying their mothers, services are not specialised and tailored to address their specific needs.

Insufficient protection of domestic violence victims and their children: Under the Istanbul Convention, states shall ensure that instances of domestic violence be taken into account in deciding on custody and visitation. This can be done in several ways, for example by introducing legislation making it a legal requirement to do so, for example by screening custody cases for incidents of domestic violence or by ensuring information flows between the criminal and civil law sectors. However, in Albania, Belgium, Italy, Monaco, Poland, San Marino, and Slovenia, GREVIO found no explicit reference to domestic violence as a legal criterion to be considered when deciding on custody and/or and visitation rights. In France, Italy, Montenegro, the Netherlands, Portugal, and San Marino, GREVIO found that judges do not screen cases related to determining custody and visitation rights for domestic violence. Judges do not conduct risk assessments or ask for the disclosure of the risk assessment and safety plans drawn up by law-enforcement agencies and/or other competent stakeholders, with a view to taking them into account and determining the best interest of the child. In its report on Serbia, for example, GREVIO noted that legislation did not acknowledge the harm that witnessing domestic violence has on a child. In Poland, the harmful effect on children of witnessing such violence does not seem to be systematically considered in decisions on child contact.

Link to the news