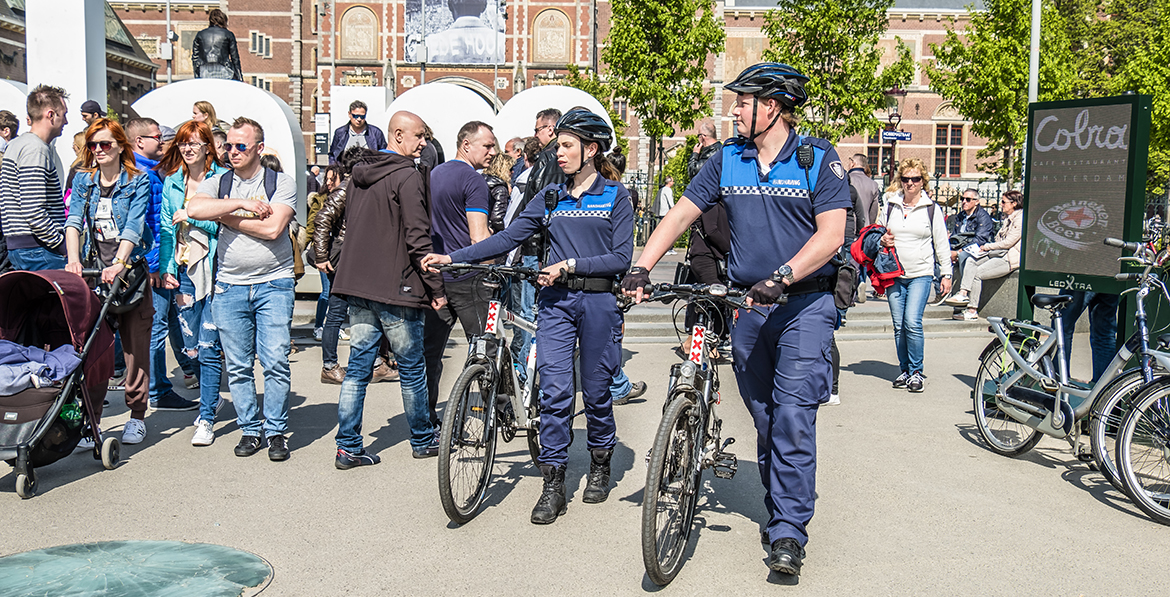 The Council of Europe is organising a Conference of high-level representatives of the Ministers of the Interior to discuss the role of the police and its development in a democratic society.

The objectives of this conference are to strengthen knowledge, to stimulate cooperation between member states to combat phenomena which affect them all more effectively and will underline the importance of human rights education as a fundamental element of the fight against all forms of delinquency in a sustainable and proactive manner.

The Council of Europe took an early interest in questions concerning the police who plays a key role in guaranteeing the promotion and respect of human rights, democracy and safeguarding the rule of law.

The objective of the police is to ensure the implementation and respect of the laws which the State has regularly adopted, by ensuring a general situation of public tranquility. At the same time, it has the related duty of strictly limiting itself to the powers conferred, by abstaining from any arbitrary act and by respecting the individual rights and freedoms of citizens.

During the last decade society is becoming increasingly complex, scientific and technological knowledges have progressed. In addition, the multifaceted nature of the demonstrations and public protests that the police forces have faced in recent years, requires continuous training, appropriate techniques and specific and adapted guidelines. The powers conferred to the police for the exercise of their functions have increased leading to possible human rights violations.

It is therefore more important than ever to support the police forces of the member States to maintain, in their daily work, their important role in safeguarding the rule of law and human rights.

Considering the Recommendation Rec(2001)10 of the Committee of Ministers to member states on the European Code of Police Ethics adopted on 19 September 2001, we propose, almost twenty years later, to examine how member states have implemented this recommendation.

Bearing in mind the case law of the European Court of Human Rights (ECtHR) and the recommendations of the Council of Europe monitoring bodies, in particular the European Committee for the Prevention of Torture and Inhuman or Degrading Treatment or Punishment (CPT) and the Group of States against Corruption (GRECO), (whose 5th evaluation cycle deals specifically with prevention of corruption in the police), the conference will allow the exchange of experiences and good practices between the police representatives of the member states and will focus on five key issues:

Representatives of Police Schools will discuss the selection process of police officers to be based on objective criteria, the content of initial and in-service training open to society to meet the police objectives of maintaining public tranquility, respect of the law and the protection of the fundamental rights and freedoms of the individual enshrined in the European Convention on Human Rights.

Role and place of women in the police in Europe

Women police officers will testify about their professional journeys within the institution and will assess the progress and the way still to go to eradicate gender stereotypes and sexism in order to ensure the integration of an equality perspective (CM / Rec (2019) 1) in the police of member states.

The Commissioner for Human Rights and members of the IPCAN Conference will discuss the implementation of mechanisms to develop relations between the population and the police to improve mutual understanding, build trust and thus encourage cooperation. Particular attention will also be paid to the management of law enforcement and to the appropriate measures to prevent corruption in the police forces in the light of the recommendations of the 5th evaluation round of GRECO.

It will be an opportunity to discuss the legal tools that the Council of Europe has developed in recent years and made available to member states to strengthen the action of the police services in order to respond more effectively to the challenges they face, notably linked to technological advances but also to the multifaceted and complex nature of public events.

Strengthening institutional link between police and the Council of Europe

This fifth topic will consider the creation of a regular high-level forum of police representatives, as suggested by the internal audit evaluation report [Evaluation (2017)20], to strengthen the institutional link with the Council of Europe for the implementation of the ECHR at national level and by extension considering the role and missions of the police in a democratic society.

Jan Kleijssen, Director of the Information Society - Action against Crime, Council of Europe