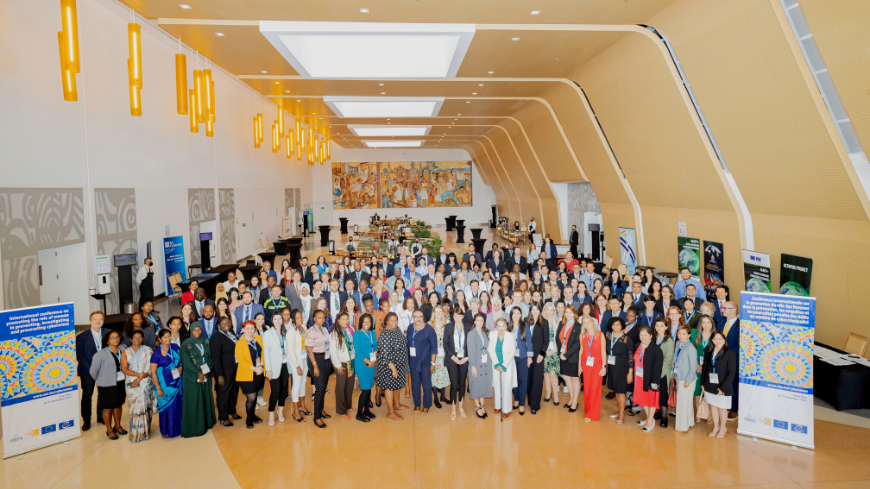 Women have a crucial role to play in effective criminal justice responses to cybercrime, stated participants in the International Conference on promoting the role of women in preventing, investigating and prosecuting cybercrime, organised by the Council of Europe in cooperation with the Legislative Assembly and Public Ministry of Costa Rica in San José on 10 and 11 November.

Yet further action is needed to strengthen the involvement of women as policymakers or legislators developing and adopting legislation on cybercrime, or as law enforcement, prosecutorial or judicial practitioners investigating and prosecuting such offences. Concerted efforts are also required to enhance the criminal justice response to cybercrimes that target women, and to ensure that women can access justice when they do become victims of cybercrime.

“As a woman, a professional dedicated to criminal law, Vice-President of the Legislative Assembly and President of the Permanent Commission on Security and Drug Trafficking, I am honoured to participate on behalf of the Forum of Presidents of the Legislative Powers of Central America, the Caribbean Basin and Mexico (FOPREL), to speak on the issue of cybercrime, because there is still much to be done, not only in criminal investigation and prosecution, but also efforts and investment must be made in prevention, training our children and young people in schools and colleges to develop good digital habits and a culture of correct use of social networks.”

“Violence against women is a historical, cultural and structural phenomenon, affecting both women and men, in a differentiated manner. Cybercrime, as a manifestation of that violence, requires that women who have responsibilities in the legislative, law enforcement and criminal prosecution spheres must assume the commitment to review legal frameworks in order to ensure that current criminal legislation appropriately regulates conducts such as ‘cyberstalking, cyber harassment’, among others, in order to guarantee and protect the human right of all women to a life free of violence.

This conference is a space for study and analysis to determine not only the participation of women in decision-making positions, but also to review whether there are legal remedies for women who are victims of violence in the context of new technologies”.

Cristina Schulman, Chair of the Cybercrime Convention Committee (T-CY) of the Council of Europe said:

“The Convention on Cybercrime provides a robust framework of substantive, procedural and international cooperation provisions to enable the effective investigation, prosecution and adjudication of cybercrimes against women. These powers are further strengthened by the Second Additional Protocol to the Convention.

Through the technical assistance projects implemented by the Cybercrime Programme Office, the Council of Europe stands ready to support countries across the world to strengthen their legal frameworks, build their domestic capacity and engage in the international cooperation necessary to effectively combat cybercrimes against women, and so to build a cyberspace that is safe for all.”

The international conference brings together around 190 participants from 50 countries across the Americas, the Caribbean, Europe, Africa, Asia and the Pacific to share experiences of building women’s capacity to engage actively in the criminal justice response to cybercrime and of strengthening the investigation, prosecution and adjudication of cybercrimes against women.