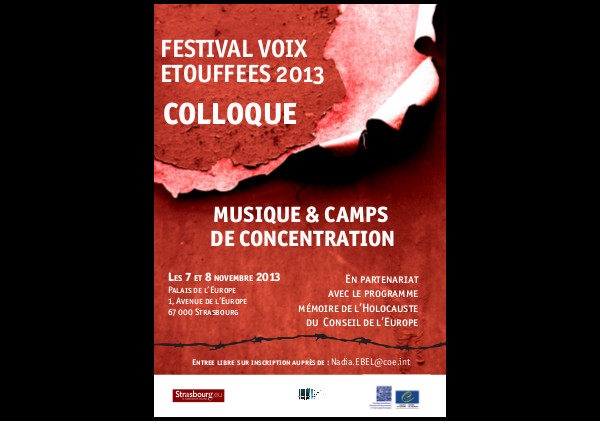 An international colloquy on "Music in concentration camps" and a concert in memory of the musicians who died during the Holocaust took place on 7 and 8 November 2013, in the Council of Europe premises in Strasbourg.

Organised in close co-operation with the Strasbourg based Forum Voix Etouffées, and with the support of the "Passing on the Remembrance of the Holocaust and prevention of crimes against humanity" project of the Council of Europe, this colloquy was accompanied by an exhibition featuring relevant documents and music (photographs of musicians, composers and conductors under National Socialism). Music, either created spontaneously by deportees or instigated by camp authorities who then made use of it for propaganda purposes, was present in the Nazi camps, in the Gulag system and in Pinochet’s camps in Chile.

The revue "What a Life", written by the Austrian composer Hans Gal during his internment on the Isle of Man in 1940, was performed on the 7th November by the Royal College of Music alongside the exhibition of Dr. Francine Mayran paintings "musicians of Auschwitz, witnesses from another world, bearers of memory".

The director of the European Centre of Deported Resistance Members, Frédérique Neau-Dufour, paid a tribute to the guest of honnor of the evening, Jaap van Mesdag. This Dutch deportee, was arrested by the German police while trying to reach England. Classified as an NN prisoner, he was interned at the Amersfoort and Vught camps and deported to Natzweiler-Struthof in June 1943. He worked in the quarry and, later, took apart and cleaned aircraft engines. 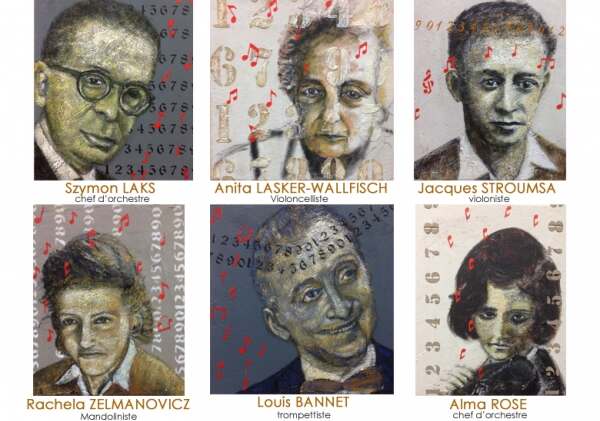