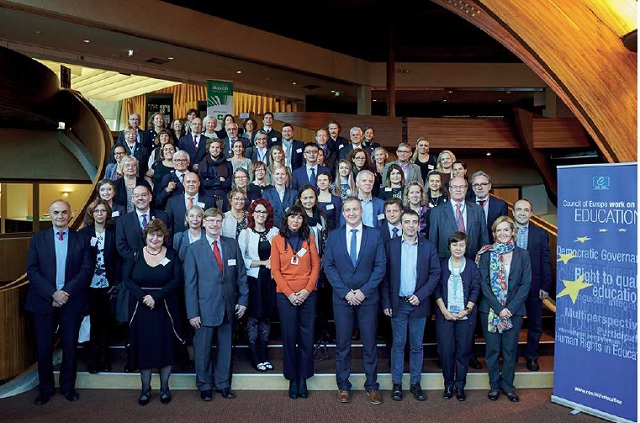 Higher education plays a crucial role in developing the democratic culture without which democratic institutions and laws will not function in practice. In respect of academic freedom and institutional autonomy, democratic institutions should also play a key role in assessing and rethinking how our democracies should evolve over the coming generation to ensure a commitment to European values and the active participation of citizens in public space.

The education department is overseen by the Steering Committee for Educational Policy and Practice (CDPPE) and manages projects on:

To ensure a strong link with higher education policy, in 2014 the CDPPE created an ad hoc group on Higher Education composed of the Chair or Vice Chair of the CDPPE, representatives of public authorities, higher education institutions and international stakeholders organisation like the European Students’ Union; the European University Association and Education International.

The Council of Europe has established a very strong role in higher education policy, based on three main elements:

The Council of Europe’s strong role in higher education policy is in large part based on the legitimacy lent by the strong previous involvement of policy makers in both public authorities and the academic community.  Even if strong higher education representation in the Steering Committee would make it easier to identify such experts, contributions form academic experts are important to many Council of Europe programmes and policy areas.  The specific issue at hand here is how to maintain a strong input from academic policy makers, in particular rectors of higher education institutions. The ad hoc group answered to this challenge