You were redirected to https://www.coe.int/en/web/higher-education-and-research/-/council-of-europe-at-the-ehea-ministerial-conference .

Council of Europe at the EHEA Ministerial Conference 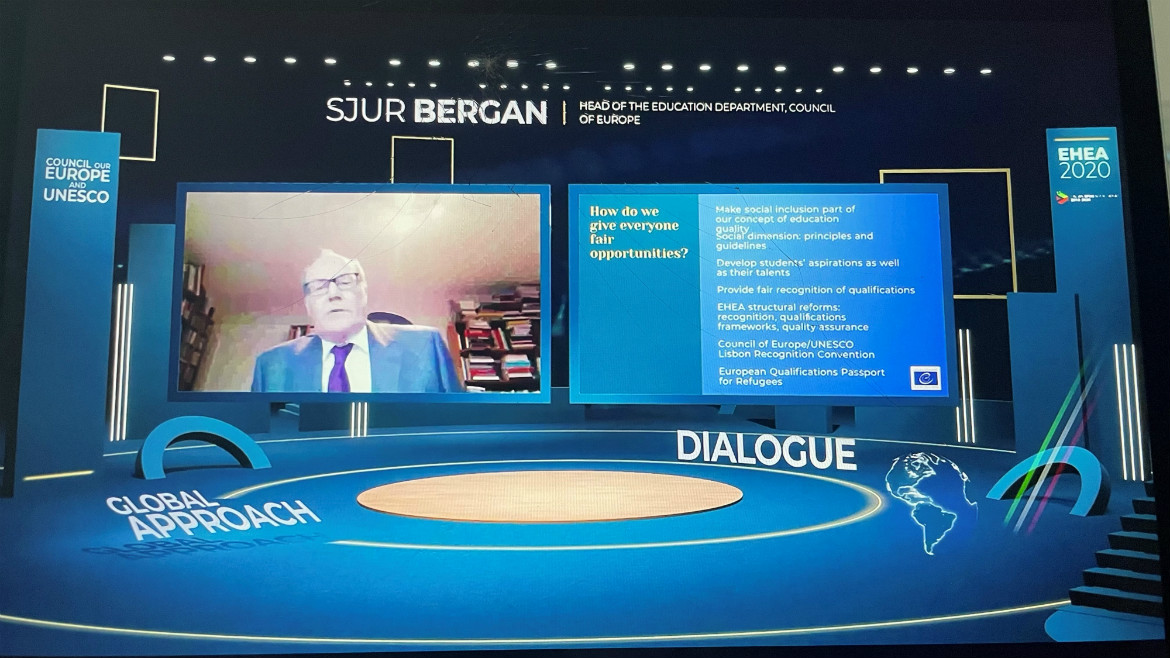 Ministers of the European Higher Education Area (EHEA) met on November 19, 2020. For the first time an EHEA Ministerial conference was held online, hosted by Italy. The Ministers adopted the Rome Communiqué and three appendices: a statement on academic freedom, principles and guidelines on the social dimension of higher education, and recommendations on learning and teaching. They also welcomed San Marino as the 49th member of the EHEA.

The Council of Europe contributes significantly to the EHEA. The Council spoke during the Ministerial round table and also provided an introduction to the debate on the global approach in the next decade of the EHEA. The Rome communiqué highlights several Council of Europe initiatives. There is specific mention of the European Qualifications Passport for Refugees and the Lisbon Recognition Convention as well as of ETINED and the Network of National Correspondents for Qualifications Frameworks, which the Council chairs. The Council of Europe also played an important role in ensuring a prominent reference to the fundamental values of higher education in the Rome Communiqué.