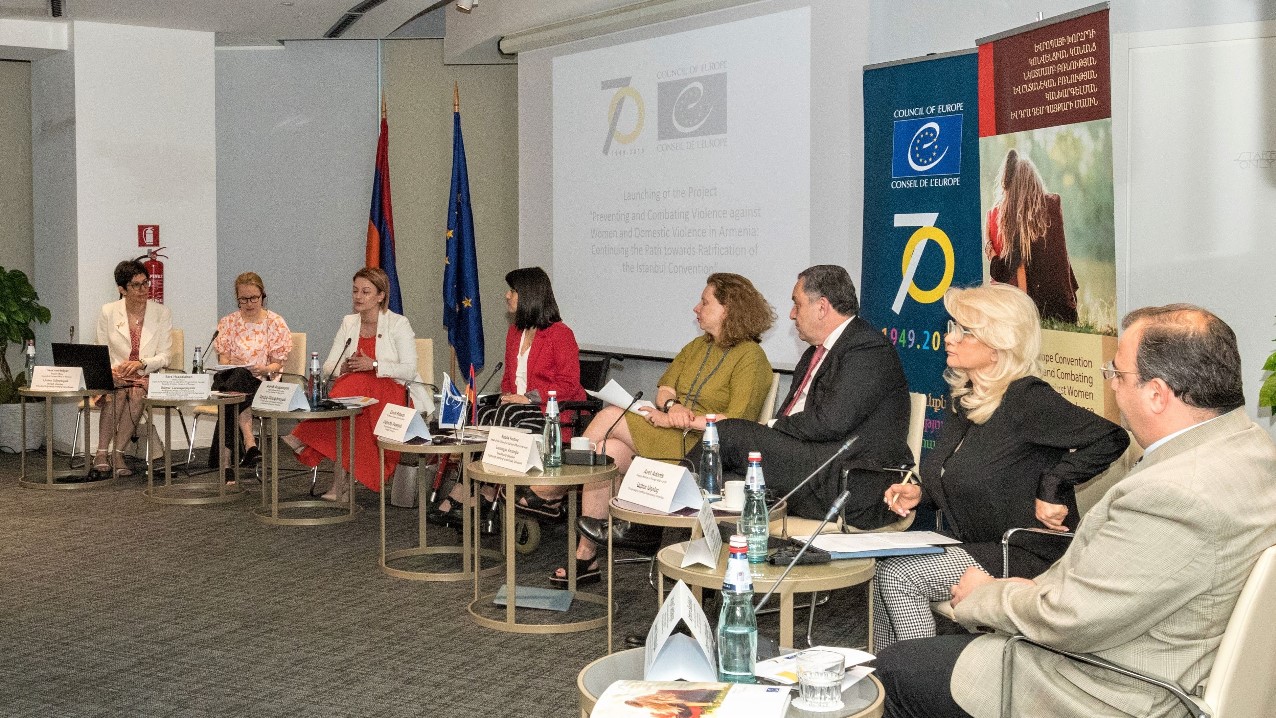 The Council of Europe project “Preventing and combating violence against women and domestic violence in Armenia: continuing the path towards ratification of the Istanbul Convention” was launched in Yerevan on 3 July 2019. Natalia Voutova, Head of the Council of Europe office in Armenia, highlighted that the project is designed to support all the necessary efforts to ensure that Armenia has a meaningful system for the prevention of domestic violence. “Together with the national partners of the project, the government and civil society organisations we are on this path to make Armenia a better place to live for thousands of women and children”, she said.

According to Zaruhi Batoyan, Armenian Minister of Labour and Social Affairs, “the government of Armenia, represented by the Ministry Labour and Social Affairs, finds preventing and combating violence against women and domestic violence and the empowerment of women as priorities. The revision of legal framework and the development of mechanisms to support the implementation of this legislation [the national law on domestic violence] are among the concrete steps to be taken.”

“Not only women but the whole society benefits from the increased role of women and we have to join our efforts for this”, the Minister stressed.

The prevention of violence against women starts from changing attitudes and educating children. “It is frightening that in our society many people neglect the problem of domestic violence”, said the Deputy Minister of Education, Science, Culture and Sport, Arevik Anapiosyan. “We have to change the educational system and teach gender equality so that future generations do not tolerate violence”, the Deputy Minister concluded.

The Council of Europe project aims to increase the knowledge and skills of legal professional, police officers, social workers and others dealing with the cases of violence against women and domestic violence in Armenia and will support mainstreaming gender perspective in Armenian schools. The project also paves the way for the ratification of the Council of Europe Convention on Preventing and Combating Violence against Women and Domestic Violence by Armenia.