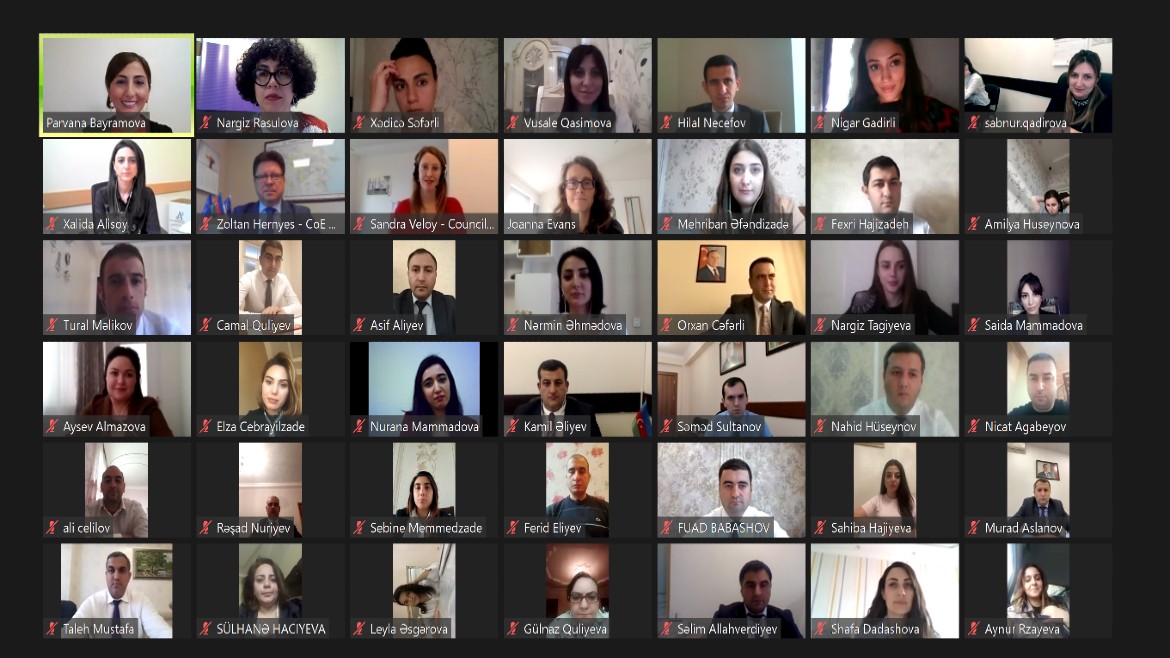 On 19 October 2021, a group of 40 judge candidates from Azerbaijan were trained on the main standards in the field of violence against women and domestic violence, including the Council of Europe Convention on preventing and combating violence against women and domestic violence (the Istanbul Convention). The training also focused on how to apply the standards of the Istanbul Convention and the relevant case law of the European Court of Human Rights in this field. The training was organised in co-operation with the Academy of Justice of Azerbaijan.

Several cases from the Court were presented, including Volodina v. Russia and M.C v. Bulgaria, which led to debates around concepts such as consent, and the need for criminalisation of domestic violence. This training was part of the programme prepared by the Academy of Justice for judge candidates to become accredited judges.