Mobilise against sexism! in the Netherlands

National NGOs’ campaigns within the project “Mobilise against sexism!” were conducted by the member organisations of the European Women's Lobby (EWL) in Belgium, Bulgaria, Croatia, Hungary, Ireland, the Netherlands, Portugal, Romania and Spain in 2020-2021 to raise awareness and combat sexism in key sectors of society.

A first phase of the project was conducted in 2020 in nine countries. The second phase was implemented in seven countries (all except Belgium and Ireland).

The project aimed to promote the implementation of the Council of Europe Recommendation CM/Rec(2019)1 on preventing and combating sexism. It used the tools produced within the Council of Europe Campaign “Sexism: See it. Say it. Stop it!”, including an action page, a video and a quiz explaining what sexism is and what can be done to prevent and combat it.

In 2021, the EWL also published a statement with recommendations on sexism, which refers to the Recommendation CM/Rec(2019)1.

The project was implemented by the Nederlandse Vrouwenraad (NVR) in the Netherlands.

The NVR launched different initiatives as part of the Mobilise Against Sexism project to prevent and combat sexism: discussions on sexism with a group of students of the Applied University HKU Utrecht, discussions during the Young Feminist Weekend, a three-day training initiated by the NVR bringing 30 young women together to reflect on the future of feminism. One of the workshops during this training was on gender stereotyping.

Dissemination via email to NVR member organisations and national umbrella alliance partners, other women’s NGOs, trade unions, women's commissions of national political parties, CSO’s (public health, education & business), peace and religious inspired women’s CSOs, youth associations, migrant women’s organisations with the request to share the information with their members and post it on their websites and social media. All parties reached have shared the Council of Europe recommendation and the campaign tools, especially the quiz, within their spaces and are participating in activities. 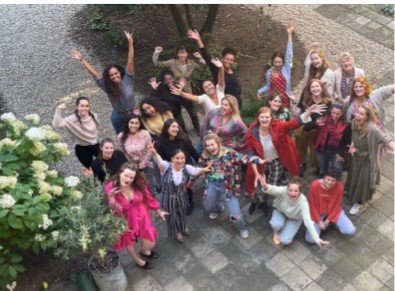 Online workshop on gender stereotyping & sexism by Sareh Heydari, student at Technical university Eindhoven. She is one of the few women studying STEM. The goal of the activity was, among others, to bring young women together to empower them and to disseminate the MAS campaign to everyone.

The goal of the activity was to discuss business and activities of NVR with the members.

The event was target at members of NVR and its partners at large. They all received information on the MAS campaign (59 attendees). All attendees received information on the Mas campaign and EWL letter beforehand, and they will receive it a second time after the GA, together with the minutes, the materials and links. This might encourage them to raise the theme within their own member organisations.

Meeting up with students HKU

Goal of the activity: to raise awareness on sexism, the MAS campaign, to promote the Council of Europe recommendation and MAS by explaining the campaign and the materials to spread the message. NVR met online on several occasions (also by email and phone) between October and December 2020 with students of the Applied University HKU in Utrecht, working for their minor on sexism, at their request. They brainstormed together and discussed forms of sexism, personal experiences and the MAS campaign. They presented their project in January 2021 and the session was open to students, professors and audience. The students especially liked the quiz as it is simple and fun and recognised situations as described in the MAS materials.

NVR organised an awareness-raising event among youth on the topic of sexism, together with BEAU Edelweiss (part of the French Scouting movement). 10 French girl scouts discussed a European film project on discrimination, sexism and racism. They discussed together with the Netherlands Women’s Council the topic of sexism, exchanged ideas, opinions and (personal) experiences on sexism and the link to discrimination and racism.

NVR organised a Young Feminist Weekend–workshop on gender stereotypes to bring 30 young women together and reflect on the future of feminism; an open space discussion on sexism at the workplace took place.

The HKU (Applied University) posted an assignment on their intranet for their students to work on the theme of violence against women in the period February–July 2022. In addition, a fashion multinational, Yves Saint Laurent, invited the Blijfgroep (national women’s shelter VAW) to work with them in the Netherlands on their worldwide campaign ‘abuse is not love’ to provide information on the subject and to raise awareness on partner violence at (secondary) schools. 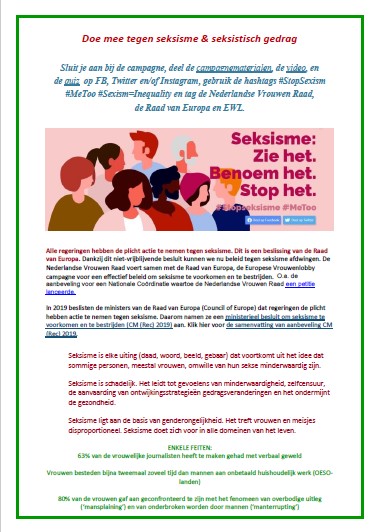 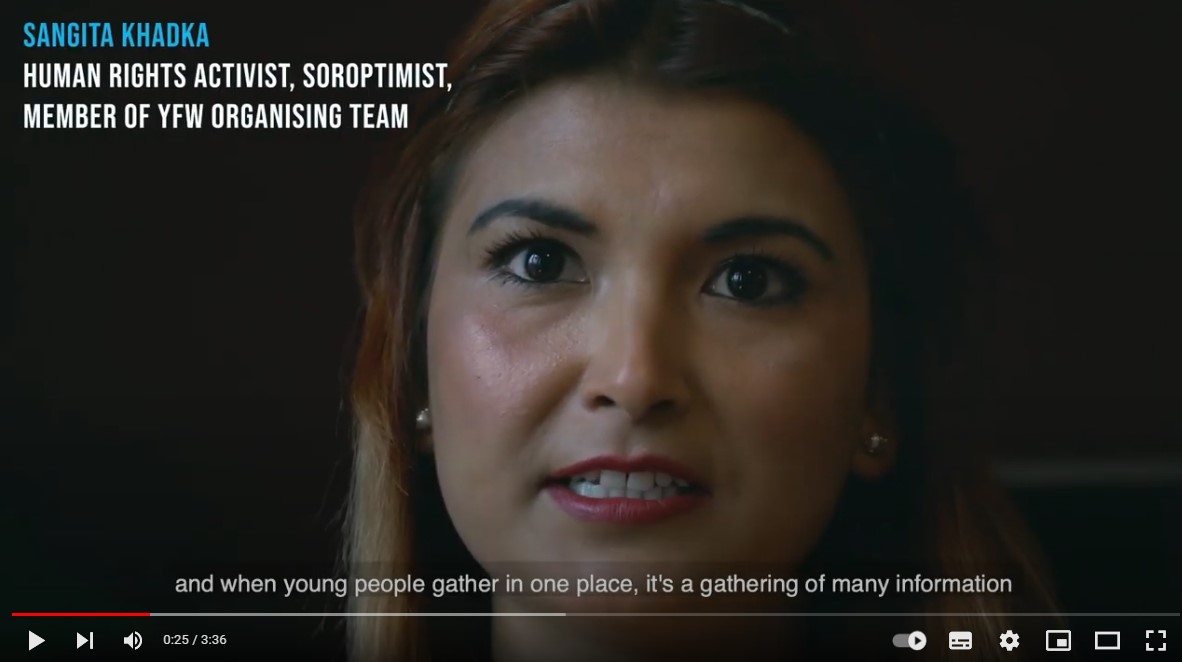 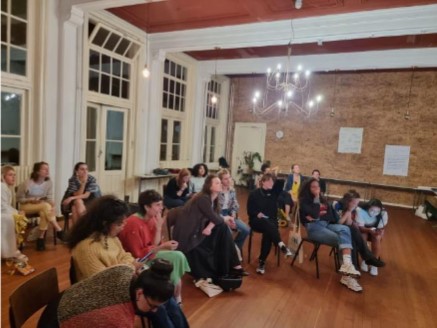