The Council of Europe’s Gender Equality Commission (GEC) held its 18th meeting on 22-23 October 2020, via videoconference 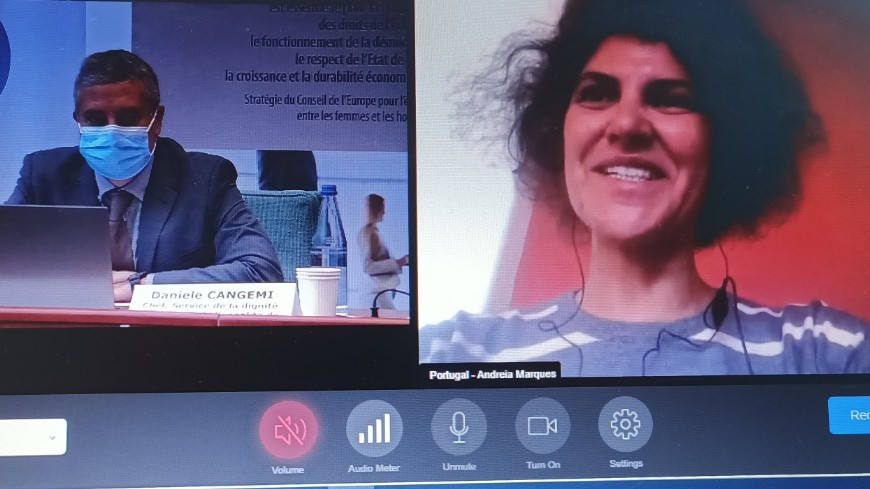 The GEC reviewed ongoing work to promote the implementation of the Committee of Ministers Recommendation CM/Rec(2019)1 on preventing and combating sexism. It also discussed and took note of progress made at the 1st meeting of its Drafting Committee on Migrant Women (GEC-MIG); got updates on ongoing co-operation projects to combat violence against women and promote women’s equal access to justice; had a thematic discussion on climate change from a gender equality perspective; and held exchanges of views with a representative from the European Committee of Social Rights - about decisions on equal pay; with the President of GREVIO; with a Swedish member of the Congress of Local and Regional Authorities - about a report on fighting sexism against women in politics; and with an expert in the field of artificial intelligence and gender equality. The GEC also elected its Chair (Andreia Lourenço Marques, from Portugal) and two Vice-Chairs (Kateryna Levchenko from Ukraine, and Basim Al Alousi from the Netherlands), with a one-year mandate starting in January 2021.
2020-10-21T06:58:00