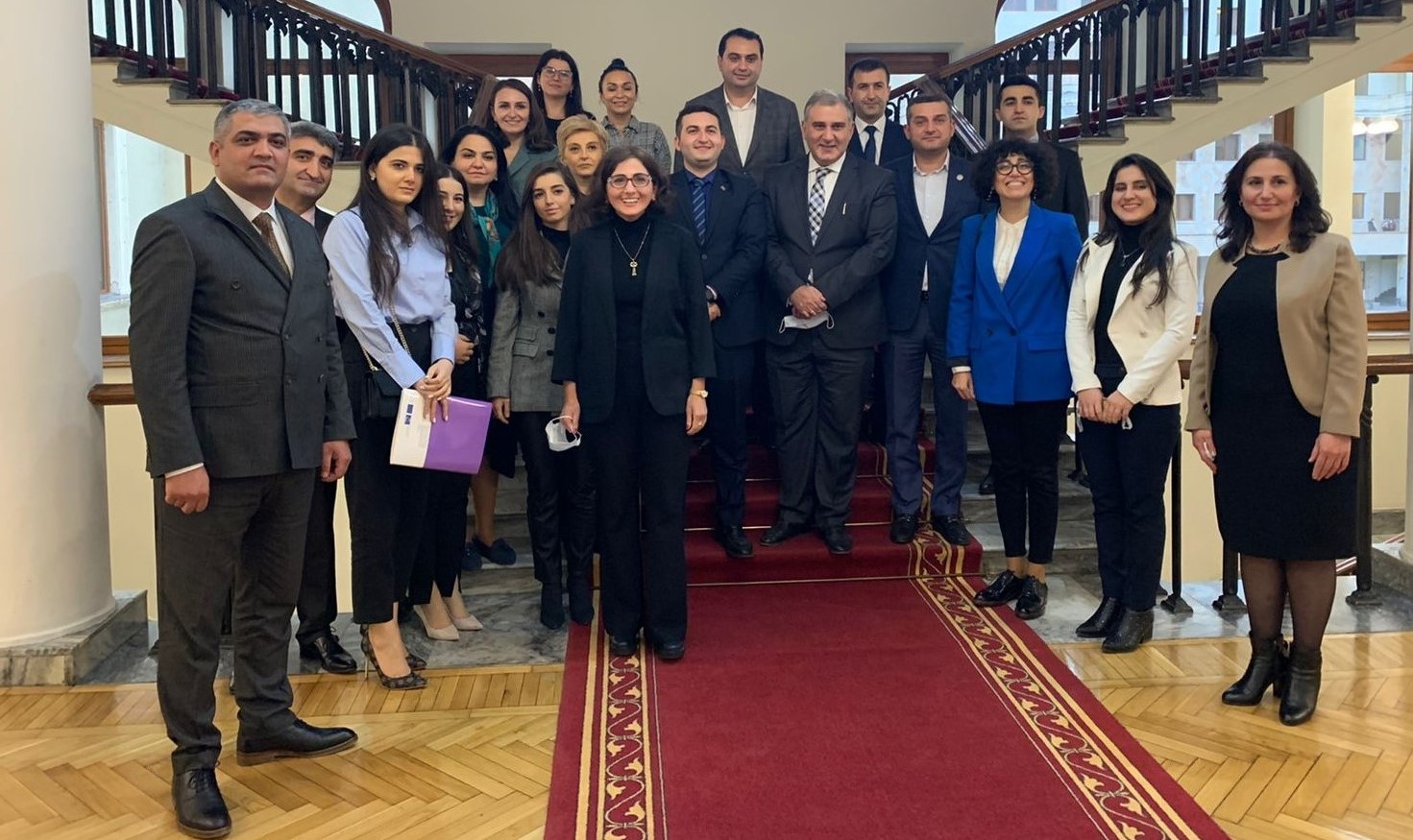 From 15 to 17 November 2021, a delegation of representatives from the Azerbaijani state authorities visited Georgia to hear about promising practices in the field of violence against women and domestic violence, as well as the Georgian experience of implementing the Council of Europe Convention on preventing and combating violence against women and domestic violence, known as the Istanbul Convention.

The first day focused on the Georgian experience on adapting its national framework on violence against women and domestic violence and ratifying the Istanbul Convention, and included interventions from the Human Rights Secretariat of the Administration of Georgia, the Interagency Commission on Gender Equality, the Ministry of Justice and the Georgian Parliament. Day two focused on monitoring violence and protection of victims, with meetings with the Public Defender’s office, the Agency for State Care and Assistance for the Victims of Human Trafficking and civil society organisations. Lastly, day three was centred around the administration of justice in cases of violence against women and included the participation of the Ministry of Internal Affairs, the Police and the Prosecutor’s office.

Both countries agreed on the benefits of peer-learning experiences.