Regional workshops in Azerbaijan on gender stereotypes and violence against women 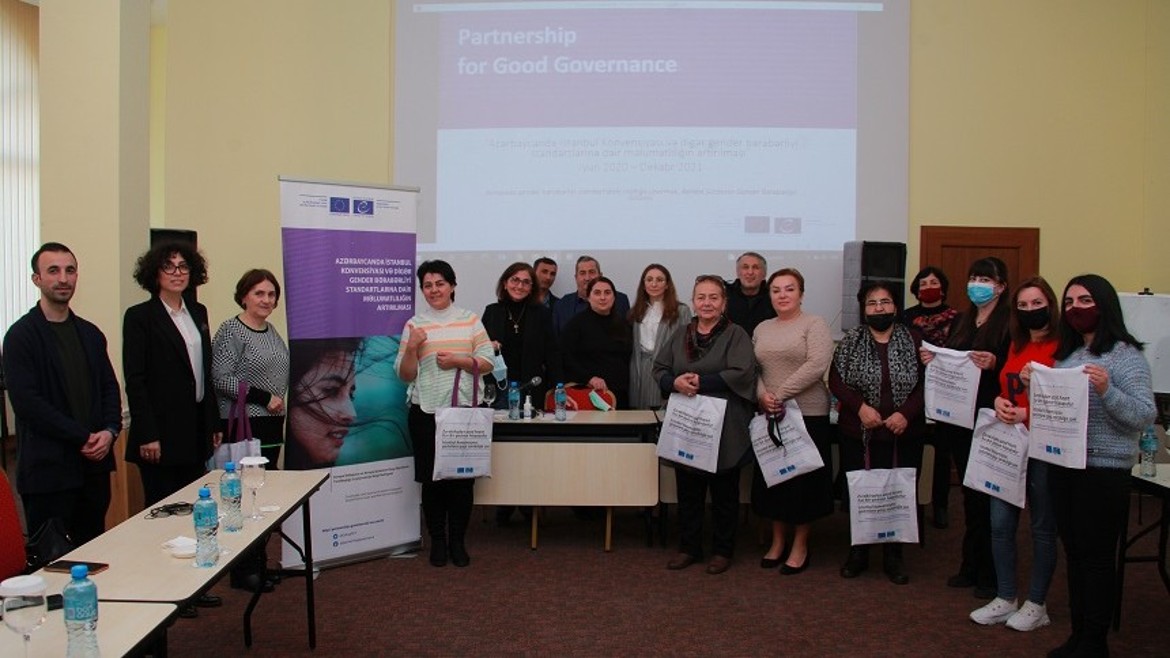 From 29 November to 2 December 2021, four workshops took place in the Azerbaijani regions of Gabala, Zagatala and Shaki, in the context of the 16 Days of Activism against gender-based violence. The workshops were organised in co-operation with the State Committee on Family, Women and Children Affairs.

Over 70 participants, including NGO and media representatives, as well as general public, actively participated in the workshops leading to fruitful discussions including on how women’s empowerment is important to eliminate violence against women.

These activities took place under the project ‘Raising awareness of the Istanbul Convention and other gender equality standards in Azerbaijan’ implemented within the second phase of the European Union and Council of Europe joint programme on Partnership for Good Governance (PGGII) in the Eastern Partnership countries. Among other objectives, the joint project seeks to support the Azerbaijani authorities to sign the Istanbul Convention.