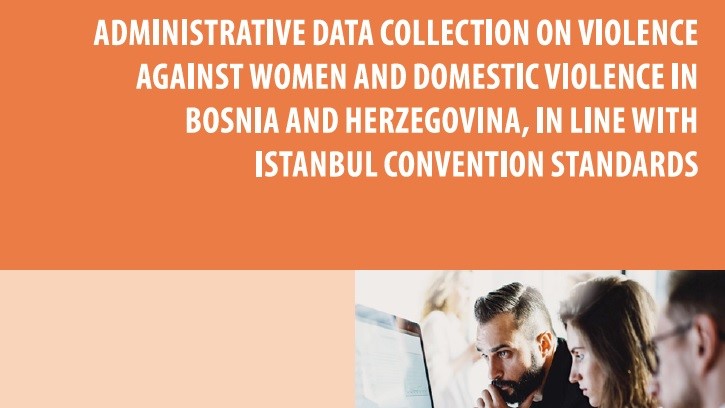 The Council of Europe Convention on preventing and combating violence against women and domestic violence, also known as the Istanbul Convention, requires that state parties collect relevant administrative data on all forms of violence against women covered by the convention. This data is needed in order to form an accurate understanding of the scope of the problem which in turn allows for better development of policies to prevent and combat such violence.

Through the project "Raising BiH Institutional Capacity to Prevent and Combat Violence against Women and Domestic Violence", the Council of Europe has carried out research on the current practices of administrative data collection in Bosnia and Herzegovina. The report "Administrative Data Collection on Violence against Women and Domestic Violence in Bosnia and Herzegovina, in line with Istanbul Convention Standards" compares the present systems in place to the requirements of Article 11 of the Istanbul Convention.

The report on administrative data collection in Bosnia and Herzegovina, which will be presented at the final workshop of the project on 12 July 2019, includes recommendations to support authorities in the area of preventing and combating violence against women.

The project contributes to the aims of the 2018-2021 Council of Europe Action Plan for Bosnia and Herzegovina, as well as the overall 2018-2023 Gender Equality Strategy of the Council of Europe and is funded by the German Federal Foreign Office.