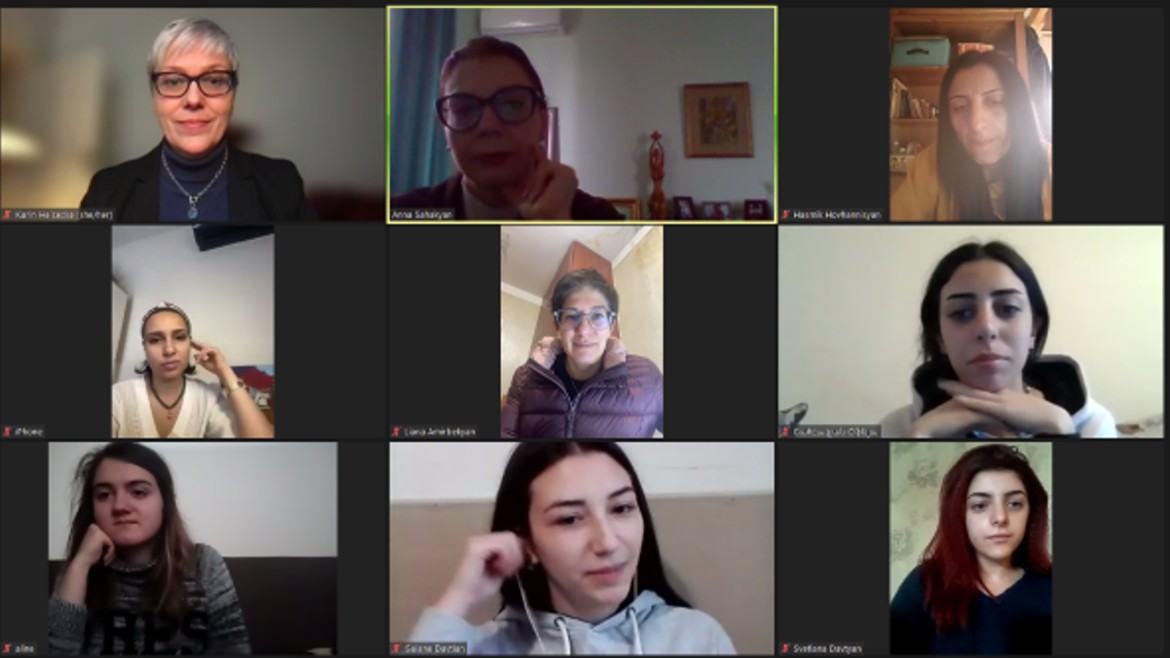 Within the 16 days of activism against gender-based violence, a two-day online training seminar for journalists representing different TV channels, online and print media of Armenia was organised.

This was the third training organised for media representatives of Armenia to enhance their knowledge and skills on the principles of media reporting on the topics of violence against women and domestic violence on how media can help raise awareness about violence against women and domestic violence. Topics included techniques for  interviewing victims/survivors of violence, use of background information and statistics to present violence against women as a societal problem rather than as an individual or personal tragedy, facts and reality vs. myths and stereotypes, existing national legislation, policies and practices, as well as international instruments, such as the Council of Europe Convention on Preventing and Combating Violence against Women and Domestic Violence (known as the Istanbul Convention).

Sophie Bostanchyan, Head of the Human Trafficking and Women issues Department of the Ministry of Labour and Social Affairs of Armenia said: “It is of utmost importance that all institutions, including the media, unite their efforts to ensure true and unbiased attitude to the victims of violence against women. Coverage of this topic requires a sensitive approach, proper awareness raising of the legal framework and facts, as well as avoiding secondary victimisation”, added Ms Bostanchyan.