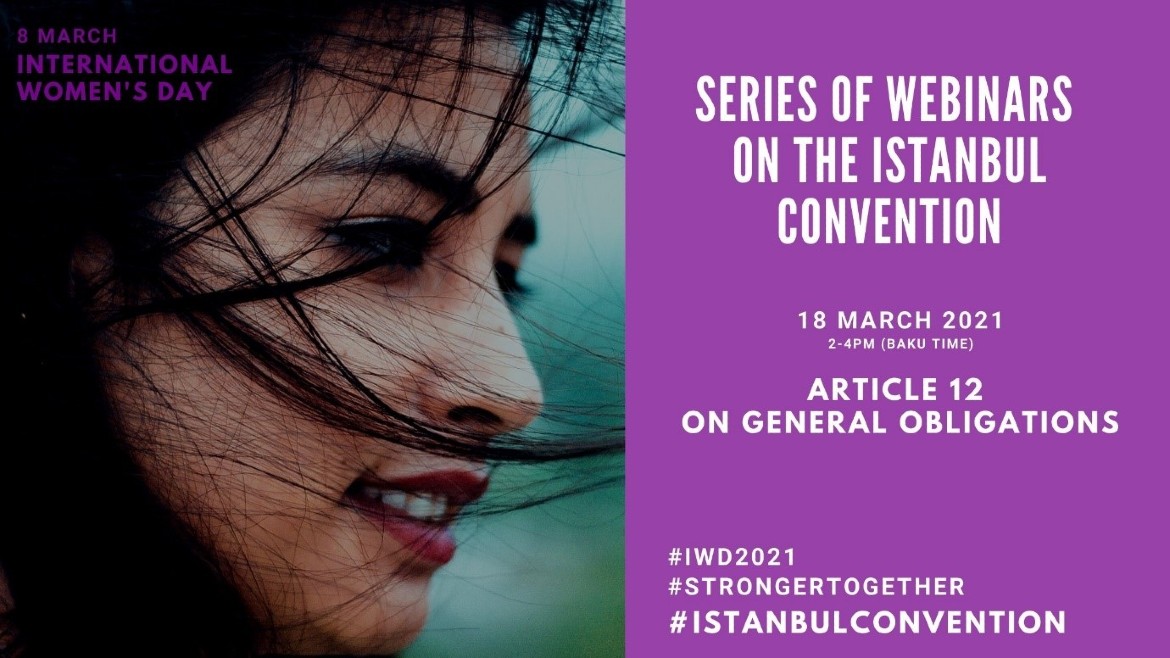 On 8 March, the world celebrates International Women’s Day (IWD). This day is dedicated to celebrating the achievements of women in all spheres of life, be it political, cultural, social or economic. It is therefore a day where the world unites to further promote gender equality and calls on actions to achieve it.

Achieving gender equality is of key importance to the mission of the Council of Europe. For that reason, throughout the years, several standards and policy guidance have been developed to support member states in their path to reaching gender equality. This year, you can find out more about what these texts are and what they say through our leaflet ‘Gender Equality and Women’s Rights. Council of Europe Standards’, now also available in Azerbaijani.

How is the Council of Europe contributing to achieve gender equality in Azerbaijan?

Azerbaijan has entered some of the main legally binding Council of Europe instruments which contribute to promote gender equality, such as the European Convention on Human Rights, the Convention on Action against Trafficking in Human Beings and the Convention on the Protection of Children against Sexual Exploitation and Sexual Abuse. Nevertheless, it has not yet signed one of the main standards: the Convention on Preventing and Combating Violence Against Women and Domestic Violence – known as the Istanbul Convention. The Istanbul Convention is based on the idea that the elimination of violence against women should be understood in the context of achieving equality between women and men. It therefore links violence against women to gender inequality.

Throughout the year, four sessions will be organised on the following articles:

The first online webinar on Article 12 on General Obligations will take place on 18 March 2021 at 2pm (Baku time). For registration to this event, please follow this link.

These activities are prepared within the framework of the project “Raising awareness of the Istanbul Convention and other gender equality standards in Azerbaijan”, as part of the Partnership for Good Governance II (PGGI°programme, and is financed by the European Union and the Council of Europe, and implemented by the latter.

For further information on the project, please see the project’s website.