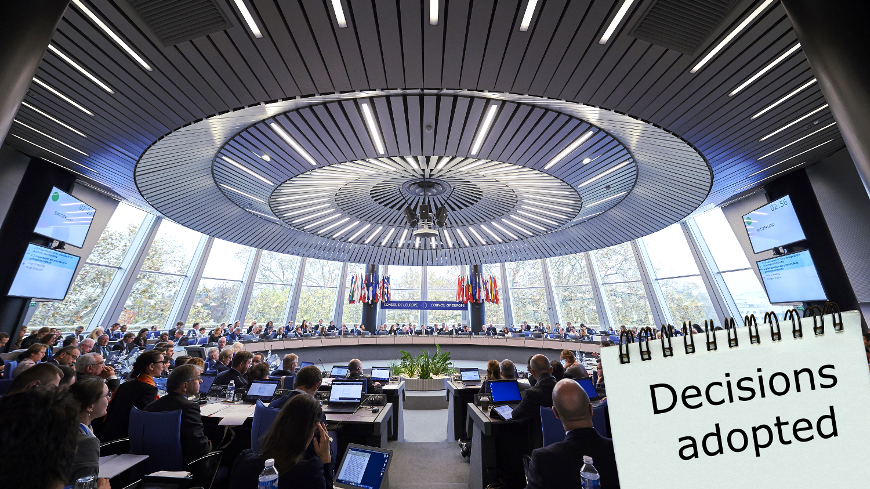 During its 1390th Human Rights meeting, the Committee adopted 28 decisions concerning 17 member States. Four interim resolutions were adopted in the context of the supervision of the Yordanova and Others v. Bulgaria group of cases, the Georgia v. Russia (I) interstate case, the Kavala v. Turkey case and the McKerr v. United Kingdom group of cases.

71 final resolutions were also adopted by the Committee in respect of 172 judgments and decisions of the European Court, concerning 24 different States.

In addition, the Committee adopted the indicative list of cases proposed for examination at its next "Human Rights" meeting which will take place from 9 to 11 March 2021 (1398th meeting).