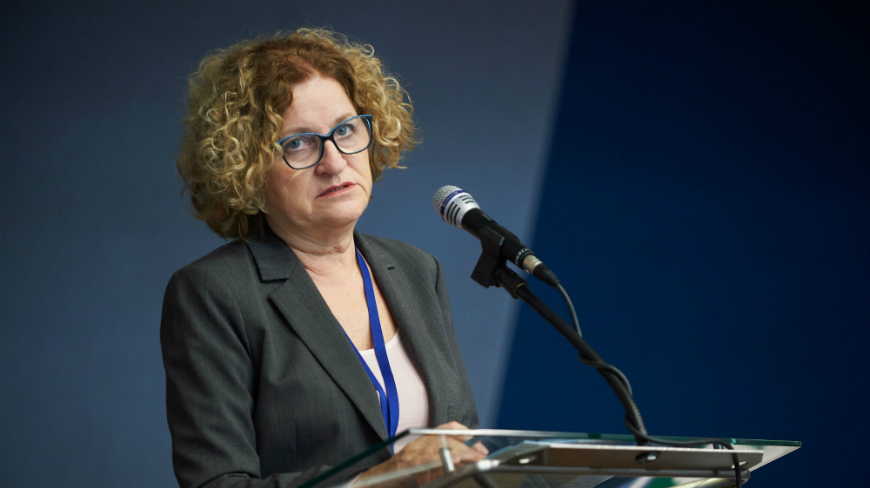 On 29 June, the Chair of the Committee of Experts of the European Charter for Regional or Minority Languages, Vesna Crnić-Grotić, participated at the 8th Meeting of the Heads of the Monitoring and Advisory Bodies of the Council of Europe with the Secretary General. She reiterated that the Charter is the world’s only treaty dedicated to the protection and promotion of regional or minority languages, making it a “jewel in the crown of the Council of Europe”.

Ms Crnić-Grotić stressed that more States need to ratify the Charter. This concerned especially those States that had committed themselves to ratification about 20 years ago. She called on the Committee of Ministers and the Secretary General to remind these States of their commitments.

According to Ms Crnić-Grotić, the Committee of Ministers should also insist that States Parties fully implement the recommendations made in the framework of the Charter’s monitoring mechanism. States should be supported in the implementation through capacity building involving all stakeholders of the Charter process: authorities, minority language speakers and the Council of Europe. Intensified co-operation between the Committee of Experts and the new Steering Committee on Anti-Discrimination, Diversity and Inclusion (CDADI) could support the implementation.

In view of the 70th Anniversary of the European Convention on Human Rights, Ms Crnić-Grotić underlined the contribution of the monitoring bodies to the full implementation of the Convention. She noted that the Charter goes further than the Convention in some respects, such as the right to have education in minority or regional languages, or the right to use such languages before courts regardless of the knowledge of the official language.

Ms Crnić-Grotić was pleased to note that the Committee of Experts was among the first monitoring bodies to publicly react to possible violations of Charter undertakings in managing the COVID-19 crisis. In a statement of 25 March, she had observed that some States were not complying with obligations to also inform the population in minority languages about the health risks and to provide health care and distance education in such languages.

Link to the speech of 29 June