“Cultural Route of the Council of Europe” certified in 1993

The Viking Age was the period from the 8th to the 11th century during which Vikings achieved unrivalled boat building, navigational and seamanship skills allowing them to travel widely throughout Northern and Western Europe, the North Atlantic, into the Mediterranean and deep into the rivers of Russia and Ukraine.

The Viking Cultural Route is a far-ranging, significant collection of sites, stories and heritage that represent the shared Viking legacy of Europe and beyond. The Vikings established important trading centres such as in Hedeby (Germany), Birka (Sweden), Jorvik (United Kingdom), Dublin (Ireland) and Kyiv (Ukraine) and they also left a clear legacy behind them wherever they went. Examples can be found in the remaining traces of their early law courts, known as "things", in local place names, in their impact on language and social structures, their legacies of art and literature and the surviving archaeological sites. Much of the Viking story is recorded in the form of intangible heritage such as sagas, recounting the deeds and travels of the Vikings.

There are more than 60 sites on the route including examples of forts, towns, farms, quarries, ships, objects, museums, archaeological remains and reconstructed longhouses. The traveller can discover this fascinating culture through a journey through across national borders, while also enjoying a variety of events, such as the popular and widespread Viking markets.

At a time when few people were travelling, the Vikings raided, traded and settled extensively. For centuries they served as a vector for the transmission of culture and traditions throughout the European continent. The Viking heritage therefore unites the peoples of present-day Europe. 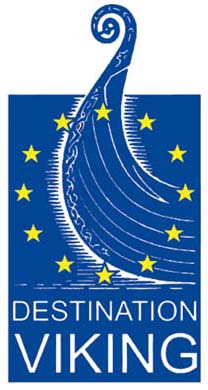