Legendary “father” of Roman civilisation and a timeless source of inspiration for the artistic and cultural creation of European mankind through the centuries, the Trojan hero Aeneas remains a symbol of European identity.

The Aeneas Route is an archaeological route that stretches from the coasts of Turkey (North-West Aegean Sea) to the shores of Latium Vetus in Italy through a maritime and, at places, overland path. This route is inspired by the legend of Aeneas as it was narrated by the Latin poet Virgil. With his father and son, Aeneas fled from the burning city of Troy and went on a long journey through civilisations, cultures and landscapes to build a “new Troy”.

Aeneas Route is an archaeological itinerary starting in Turkey and connecting 5 European and Mediterranean countries through the legend of Aeneas. Throughout the centuries, the narration of Aeneas became a common cultural heritage that unites different Mediterranean countries and civilisations and is the subject of countless paintings, mosaics, sculptures and works of art. Starting from the archaeological sites of Troy and Antandros (Turkey) and ending in Rome (Italy), the Route brings together a number of rural landscapes, natural areas and archaeological sites, some of them well known and inscribed in the UNESCO World Heritage list.

Aeneas Route offers to today’s travellers the perspective of an adventurous discovery of common European archaeological and cultural heritage. By travelling along the Aeneas Route, visitors can explore off-the-beaten-track destinations through sustainable travel alternatives ranging from nautical, nature and landscape tourism to trekking and guided tours.

By establishing a mythological and historical link between Troy in Asia Minor and the foundation of Europe, the Aeneas legend is characterized by a strong dimension of intercultural encounter between people and places. The figure of Aeneas thus embodies the values of dialogue and understanding between the Mediterranean people, empathy and human solidarity, coexistence and mutual enrichment, respect for the other, peace, multiculturalism and intercultural dialogue. Aeneas Route aims at promoting cross-border cultural cooperation and dialogue in Europe, along destinations that illustrate the richness of our shared European heritage. 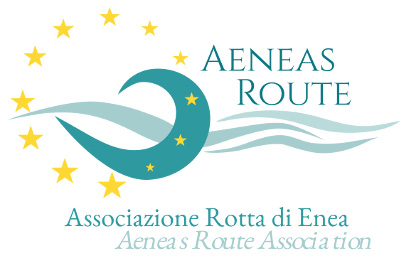