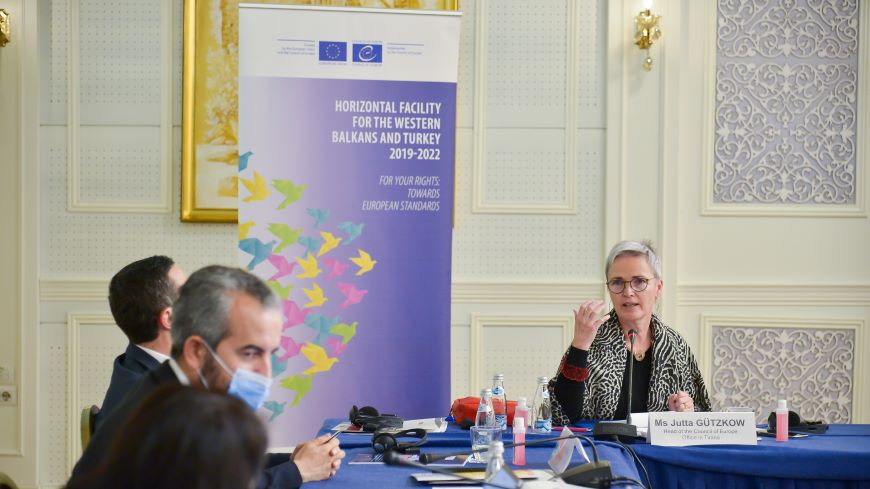 Political commitment to fully implement electoral legislation in good faith is a key element of successful elections and a successful electoral reform requires broad consensus, extensive public consultations with all relevant stakeholders, dialogue and close co-operation of all actors. This was one of the conclusions of the Conference “Campaign finance, (mis)use of public administration resources and de-criminalisation: Challenges encountered in the 25 April elections and recommendations” organised on 15 December 2021 in Tirana. This event was organised with the support of the Action against Economic Crime and the Embassy of the Kingdom of the Netherlands in Tirana at the initiative of the Central Election Commission, with the participation of the Academy of Political Parties and the Institute of Political Studies. The event brought together representatives of the main political parties, state institutions, experts and civil society actors to discuss the strengthening of the legal framework and advancing the new electoral reform agenda in Albania.

This conference follows up on the extensive support provided by the Council of Europe to Albania in developing and applying effectively the legal and institutional framework on political party financing and monitoring of electoral campaigns. The conference provided the opportunity to discuss the Council of Europe standards and provide directions for further strengthening the preventive mechanisms to address the misuse of state resources and monitor the financing of electoral campaigns. The Council of Europe expert Quentin Reed shared and discussed with the participants different aspects related to public funding allocation criteria, spending restrictions, candidates funding as well as the audit of election campaign finances, taking into account the Council of Europe recommendations and action in this area.

The conference introduced the participants to the main monitoring findings of the “Strengthening elections’ transparency in Albania”- SETA project, implemented by the Academy of Political Studies, an Albanian NGO supported by the Action against Economic Crime and the Embassy of the Kingdom of the Netherlands in Tirana. In addition, the Institute for Political Studies with the support of the Dutch Embassy monitored the Decriminalisation Law’s implementation with regard to electoral subjects in the context of the “Decriminalisation and transparency in Albania for clean politicians, elections and public officials” project. The monitoring data from both initiatives provided a set of recommendations for improving the implementation of the legal framework, in view of the new electoral reform in Albania.

In her remarks, Jutta Gützkow, Head of the Council of Europe Office in Tirana, encouraged the political parties and the responsible institutions to start the work for the revision of the Electoral Code and the Law on Political Parties, in order to address the main shortcomings identified during the last parliamentary election of 25 April 2021 and build upon the action already taken as a result of the Council of Europe support as well. In addition, Ilirjan Celibashi, State Elections Commissioner, pointed out the importance to initiate a comprehensive and timely electoral reform to implement the latest OSCE/ODIHR recommendations. He underlined that issues like the use of public resources, financing of political parties and decriminalisation, demand to be treated responsibly and seriously to fully guarantee transparency and accountability.

This event was organised with the support of the Action against Economic Crime, part of the joint European Union and Council of Europe “Horizontal Facility for the Western Balkans and Turkey 2019-21022”, phase II and the Embassy of the Kingdom of the Netherlands in Tirana.