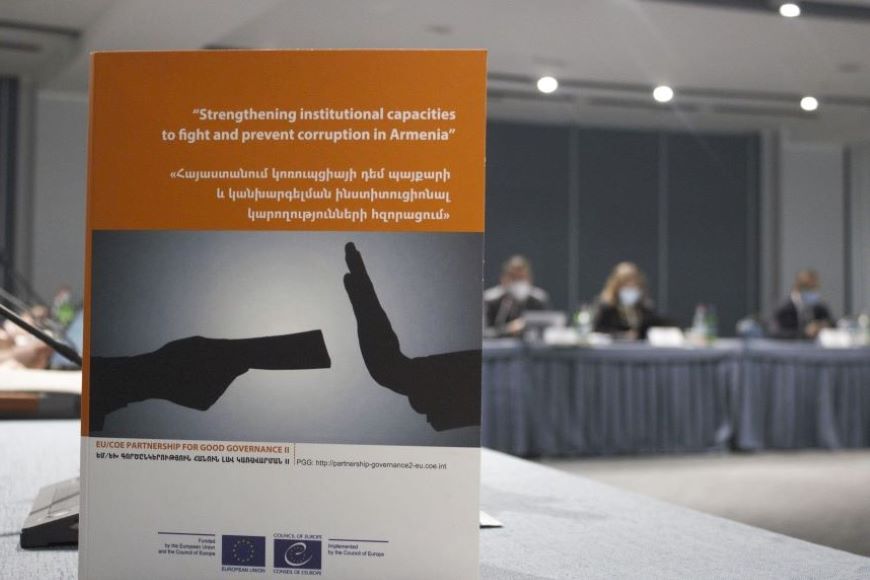 The conference gathered over 80 participants including representatives from the Armenian government, legislative and judiciary authorities, law enforcement bodies, other state institutions, civil society organisations and the international community. It provided a venue to those present to discuss the importance of preventive elements within the national anticorruption system, as well as the importance of Codes of Conduct or Codes of Ethics as part of the preventive framework.

This event is an important step forward in the development and adoption of Codes of Conduct for all categories of public servants in Armenia, as a central element of the national corruption prevention framework. This process is led by the Corruption Prevention Commission (CPC) of Armenia with the support of the Project.

Following previous efforts to establish Model Rules of Conduct for Public Servants in Armenia, and the development of a template to be used by state institutions, the conference provided a platform for a broader awareness-raising and consultative process towards the finalisation and adoption of the Model Rules as well as Codes of Conduct for specific categories of public officials. The development, promotion and guidance on such Codes is envisaged in the Armenian Public Service Law as part of the CPC’s responsibility.

Further discussions in the conference revolved around the concept of integrity, the characteristics of the draft Model Code of Conduct for Public Servants, prepared through Council of Europe expertise in collaboration with the CPC, as well as legal and practical challenges for its implementation and the application of related sanctions. Stakeholders from a wide range of institutions representing the different components of the national anti-corruption and broader democratic governance system, including non-governmental actors, actively participated in the discussions, thus creating an engaging debate on the topics at hand.

Following this event, and taking into account the feedback from the stakeholders, the CPC will proceed with the revision, adoption and further dissemination of the Model Rules of Conduct as well as develop specific Codes of Conduct for public office holders. In addition, the Commission will provide guidance and support to other institutions for their individual adaptations of the Model Rules, thus promoting the eventual adoption of respective Codes of Conduct by all Armenian institutions.

The Project will continue to provide active support in the process of finalisation and formal adoption of Model Rules and Codes of Conduct for all categories of public officials and public servants in Armenia, and to assist the authorities in consolidating national capacities to prevent and fight economic crime in Armenia. 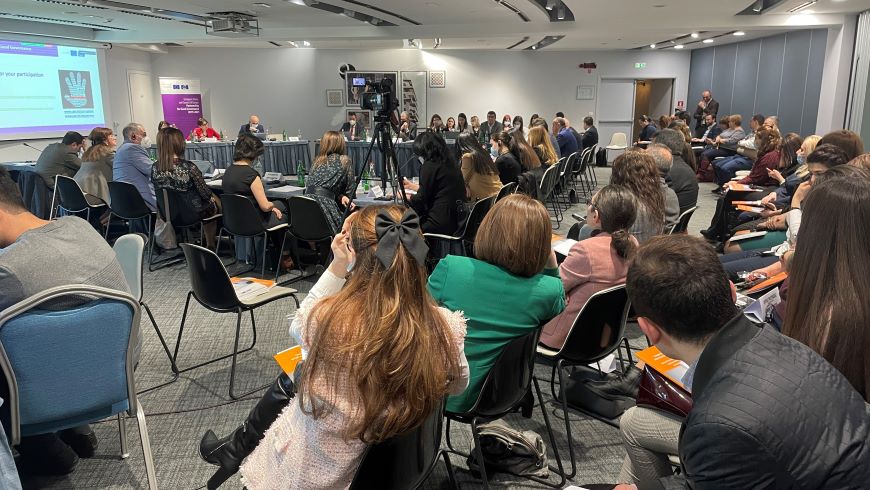